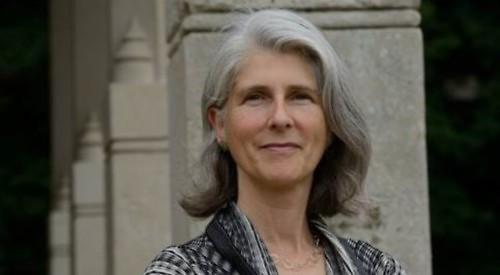 THE new director of the River & Rowing Museum in Henley says she is delighted to be joining the venue during its 20th anniversary year.

Dr Sarah Posey will take up her post in June, having been head of collections, interpretation and learning at the Royal Pavilion and Museums in Brighton and Hove.

She replaces Ludo Keston who stood down at the end of last year after a summer in which the museum attracted a record 15,000 visitors.

Dr Posey has a long and well-established career in the museums and heritage sector, having worked at the British Museum for more than 17 years before completing 12 years in Brighton and Hove.

During her time on the south coast, she has been responsible for delivering major exhibitions, including Biba and Beyond: Barbara Hulanicki, at the Brighton Museum and Art Gallery, new galleries such as World Stories and a pioneering collaborative partnership with Brighton Festival.

Dr Posey said: “I am delighted to be taking up the post of director at the River & Rowing Museum.

“It is a special place — a striking building with distinctive collections and dynamic programmes, including outstanding work with schools.

“I am very excited to be joining the museum as it celebrates its 20th anniversary and leading it in its next phase of development.

“I look forward to working with the trustees and museum team to build on its success and ensure that even more people can enjoy this jewel on the banks of the Thames.”

“She brings a wealth of knowledge on how museums engage with audiences of all ages and interests and in the short time that I’ve known her, I’ve really enjoyed listening to her thoughts on how we move the museum forward.

“I feel very confident that we have a bright future. I would also like to thank Molly Jackson who has guided the museum through the recent interim period.”

Mr Keston, who lives in Stratford-upon-Avon, arrived in January 2014 and announced his departure in September last year.

At the time, he said: “This has not been an easy decision for me to make as I have been immensely proud of all the museum has achieved in the last four years.

“However, I have been commuting daily from home and have concluded that I just can’t be the person to help the trustees with their ambitions for the next decade of the museum’s life.

“After four years, it’s time for the M40 and I to have rather less of each other’s company.”

The museum, designed by architect David Chipperfield, opened in 1998 and has more than 114,000 visitors a year.

In the year ending on March 31, the number of visitors increased by more than 35 per cent on the previous year, largely thanks to the Peter Rabbit exhibition last summer, the Barbara Hepworth exhibition, which is still showing, and the ongoing popularity of the John Piper gallery.