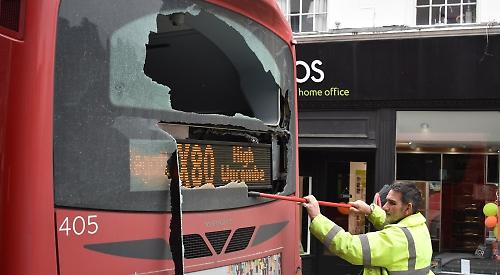 THE rear window of a Carousel bus was smashed after it was involved in a collision with an Arriva vehicle this afternoon (Monday).

The X80 service to High Wycombe was stopped in the layby outside of Starbucks, in Bell Street, Henley, when the Arriva's wing mirror clipped its rear at about 3.30pm causing the window to shatter.

The Carousel bus was ready to depart and had students and business people on board, but no-one was injured.

It will now be taken out of service while repair work is carried out.

Town councillor David Eggleton helped sweep up the glass left on the road.