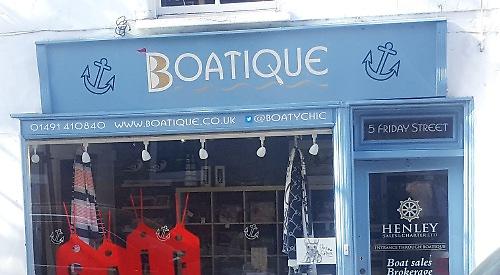 TWO more shops in Henley town centre are to close over the summer.

Jules Campbell, who took over nautical-themed clothing and gift shop Boatique in April last year, has announned it will cease trading within the next few months.

The business in Friday Street was launched by Gillian Nahum in 2012 and relocated from its original premises in Hart Street in April 2014.

Meanwhile, Whittington Fine Art in Hart Street is to close on June 16. The business, which also used to occupy the neighbouring Henley Hearing Care unit, has been running for 26 years.