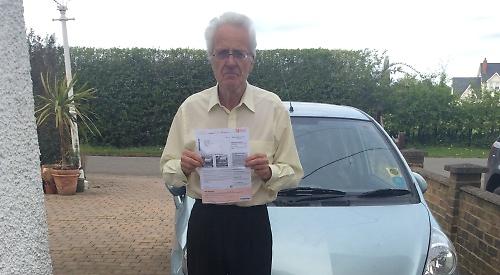 A HEALTH chief has pledged to prevent any more patients being issued with unfair parking fines at Townlands Memorial Hospital in Henley.

Martin Steele, chief operating officer of NHS Property Services, which owns the site, was responding to a call by Henley MP John Howell to sack Smart Parking, the company that enforces the car park.

But he refused to cancel the firm’s contract, saying he was confident that changes he had demanded would “significantly improve the experience of patients and their families”.

Scores of patients have complained about being fined unfairly and many have been sent letters by debt collectors demanding payment, while others have received solicitor’s letters.

Drivers parking at the hospital must enter their vehicle’s registration details using a keypad in reception. Smart Parking enforces the car park using automatic number plate cameras and anyone who fails to register, or registers incorrectly, is sent a £60 penalty notice which increases to £100 if it is not paid within two weeks.

The company also monitors the neighbouring Chilterns Court Care Centre and used to enforce the car park of the Bell and Hart surgeries until it was sacked in November following dozens of complaints about unfair fines.

Mr Howell wrote to NHS Property Services, saying Smart Parking had treated people in an “appalling way” which was “unacceptable”.

He said: “We are well aware that some patients have experienced inconvenience and distress through using the system.

“Their concerns have included inappropriate penalty charges being issued to some users as well as complaints about poor signage to explain how the system works.

“Some people have incorrectly entered their details, despite their best efforts to get it right, but this still results in the issuing of a penalty notice. When we have been made aware of these circumstances, we have interceded to ensure all those users who have been incorrectly or harshly issued with penalty notices have had them rescinded.

“We have held several meetings with Smart Parking regarding these issues and made it clear to them that the current situation is unacceptable and urgent changes are expected to significantly improve the experience of patients and their families.

“We are confident this will be achieved and I assure you we are taking the issue extremely seriously and are focused on delivering the improvements Townlands Hospital users need as swiftly as possible.”

Mr Howell said: “I take the letter as meaning that if Smart Parking can’t deliver the changes required they are done for.

“It’s very good to get a reply back that does answer the question and I think he says that they are taking this seriously.

“He’s well aware of the inconvenience and distress caused by Smart Parking.

“I’m giving him a little while to try to sort this out before going back to him. in a matter of a few weeks.”

Mr Howell says he has also asked the hospital to install a sign next to the keypad in reception with the details of who to contact in the case of being issued with a fine.

Smart Parking does not respond to requests for
comment.

• Have you been unfairly fined for parking at Townlands? Call Henley Standard reporter Jamie Presland on (01491) 419444 or email him at jpresland@henleystandard.
co.uk