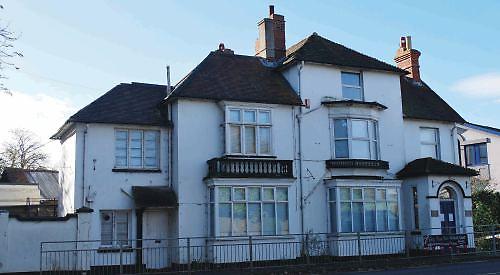 WORK has begun to demolish an 18th century building next to Henley Bridge to make way for flats.

Thurrock Developments plans to build a block comprising three two-bedroom flats, a one-bedroom flat and a three-bedroom penthouse on the site of Thames Bridge House in White Hill.

The disused office building, which is thought to have been built prior to 1820, is a two- and three-storey property with attic rooms and a basement.

It is separated from the Grade I listed bridge by the Henley Royal Regatta headquarters.

Workmen are currently demolishing the property and preparing the site for construction.

Wokingham Borough Council granted planning permission in 2016 for four two-bedroom flats on the site but the developers now say they want an extra flat.

In a planning statement, Strom Architects, which designed the new building, said: “In its current form with four apartments, the scheme is not viable, which is why the development has not been built, and our client has now tasked us with incorporating a fifth apartment with another parking space.

“We believe that we have successfully managed to do so while retaining the strong architectural concept that proved successful with planning previously. All apartments are orientated to maximise the potential of the riverside location yet avoid any overlooking that would impact negatively on neighbours.”

A decision on the revised plans is due to be made next month. Thames Bridge House was originally bought with the intention of it becoming the regatta’s new headquarters and was previously known as Regatta House.

Over the last 50 years, it has had various uses including being partly converted into flats and partly used as offices.