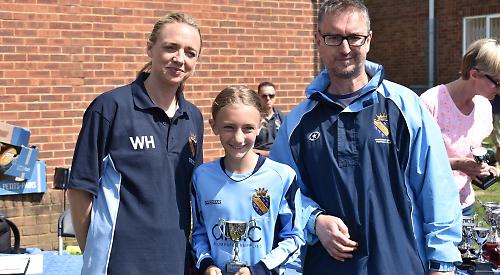 The event, which was held at the recreation ground, where the girls train and play some home matches, began with an all-age game followed by the club’s annual meeting.

Awards were presented to teams and individuals, including coach’s player, players’ player and most improved player, in each age group as well as cups for competition winners including the under-11s league cup.

Club chairman Bob Austen said: “It was a wonderful morning. We had a fantastic turnout of girls and parents. The only teams who didn’t attend were the under-16s, who are studying for their GCSEs, and the ladies, who had their own event in the evening.

“The club continues to grow, so there’s pressure on us in terms of finding pitches but we are working with the parish council to get some additional ones.”