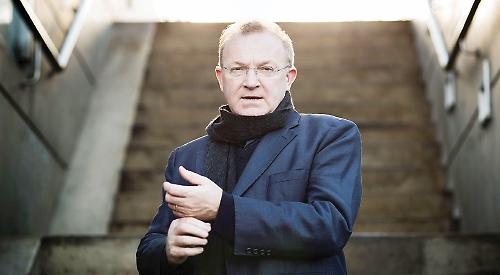 CLASSICAL music may be axed from the Henley Festival programme in future because of poor ticket sales this year.

Less than a third of the tickets have been sold for the final night of this year’s event when the English National Opera is to perform on the “floating” stage.

The capacity of the riverside venue is 6,400 but only 1,800 tickets have been bought with less than two weeks to go.

Organisers say this will result in a loss for the non-profit festival, which needs to sell about two-thirds of tickets to break even.

They are also upset because they only re-introduced a classical night this year after complaints that there wasn’t one last year and so expected much better sales.

Chief executive Charlotte Geeves said: “We want our audience to have their say as they are the stakeholders.

“The frustrating thing is we have given them what they have asked for but they don’t want to buy tickets. We want to know why people aren’t coming.”

She added: “We could have to remove the classical element as it doesn’t sell — we are responsible for the wellbeing of the business.”

Ms Geeves, who has run the five-day festival since 2015, said that unless there was a last-minute rush on the tickets, the quality of the programme in the future could be affected.

She explained: “When we have a night that doesn’t sell well it affects us immeasurably.

“If we have a bad year it is really hard to maintain the standards that people want and expect and what we want to put on, which is the very best of the best for everybody.”

The black-tie festival, which started in the early Eighties as a classical music concert, last held a classical night in 2016 when bass-baritone concert singer Bryn Terfel performed with opera soprano Corinne Winters.

An audience survey carried out last summer showed people wanted classical music or for the event to at least have a classical influence as well as cheaper tickets.

The English National Opera will appear under the baton of music director Martyn Brabbins and include a 70-piece orchestra and a 40-strong choral section.

Their repertoire includes many of the great operas including Carmen, The Marriage of Figaro, Madame Butterfly, Turandot and La Traviata as well as some Gilbert & Sullivan.

Ms Geeves said: “It is world class in terms of what they deliver. You have opera and an orchestra and they deliver every single popular tune that you don’t know the name of but recognise.

“There is no compromise with quality. The orchestra is as good as any other orchestra that exists — the BBC, the Philharmonic — they are right up there.

“They have never done a festival before and so we are really privileged to have them to come here.

“We have put on something that’s accessible and top quality and worked really hard on pricing which, again, is a reflection on comments about pricing being too expensive last year.

“We have listened so it’s so frustrating because it will be really brilliant night.”

Following criticism of ticket prices last year, they are cheaper across the board this year with top grandstand tickets reduced from £170 to £130 and lawn tickets down to £65 from £150.

The general admission tickets range in price from £35 to £55.

Ms Geeves said: “I feel we have listened to our audience. Ticket prices have come down from last year because people were concerned and the programme was too pop-orientated.

“We have got a more varied programme this year but, at the moment, we are not achieving what we want to achieve.

“I was at a Rotary club meeting where I talked about us as a small business and someone said to me that if they didn’t like the programme in 2017 then they wouldn’t come in 2018 but punishing us doesn’t work, we can’t ride the punishment like a larger scale festival like the Isle of Wight. For us it is much more challenging.

“We know our audience love the festival and we would all agree that we want it to continue. We are not going to close but we need people to support us as it is not a thing that can carry on regardless.

“With this year’s line-up we didn’t receive any criticism and then now, two weeks before the festival, we are in a challenging position.”

This year’s festival takes place from Wednesday to Sunday, July 11 to 15. Headliners Rita Ora and Nile Rogers & Chic have both sold out while only some tickets remain for Curtis Stigers and the Ronnie Scott’s Big Band. The Grace Jones on night has sold steadily and is expected to be close to capacity.

The festival’s charity partners for this year are the Charlie Waller Memorial Trust, which helps young people with mental health issues and teaches them to maintain wellbeing, and the Teenage Wilderness Trust, which helps children who find traditional education difficult by offering educational and therapeutic programmes.