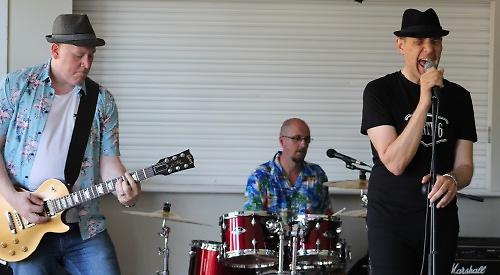 A MUSIC festival raised £900 for the Sue Ryder hospice at Nettlebed.

Several bands and solo artists performed at Love Music, which was held at Henley Rugby Club on Saturday.

The day was organised by Kelly Landau, who is a Sue Ryder ambassador and has been raising money for the hospice since her parents, Kay and Steve, from Shiplake, were cared for in their final weeks. Mrs Landau, who had a brain tumour, passed away in February 2016 and her husband, who had liver, stomach and oesophageal cancer, followed two months later. They were both 66.

The festival featured craft stalls, face-painting, candy floss and a bouncy castle for children. Youngsters from of Steph’s Divas and Dudes gave a dance performance.

The music performers included guitarist and singer Liam Barnes, The Forty 6, Band of Hope, Said N’ Done, Hexx, The Voodoo Penguins and Who Stoned Who?, a Rolling Stones and The Who tribute band.

Ms Landau, 38, who lives in Blewbury, said: “It went better than I had expected. I’m already planning what I’m going to do next year so it will be an annual event. I think I’ll change the times so it’s more family orientated.

“Mum and dad loved live music and a boogie and a pint of beer so that was the first thing that came into my head. It’s not just a one-off.

“This is me now and every year I’ll be doing something to keep Sue Ryder going, wherever they are.

“You feel better because you’re helping other families and it makes a difference.”

Ms Landau’s next fund-raising challenge will be walking a marathon in London on September 22.