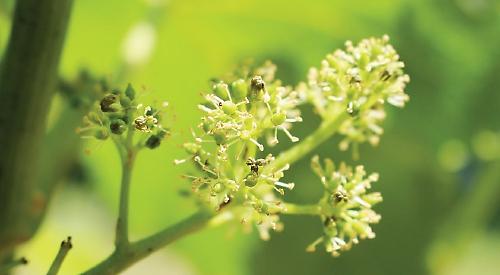 FARMERS in the Henley area fear losing some of their produce in the current hot spell.

Many have begun harvesting their crops two weeks early to prevent them being killed by the high temperatures which have consistently been in the mid to high twenties for several weeks.

They say that this could lead to a lower yield which would in turn lead to higher prices.

Andrew Ingram, who owns the Tree Barn in Christmas Common, is worried he may lose an entire year’s production if the heatwave continues.

He planted 16,000 new trees two months ago following a wet spring and they have not had enough time to embed into the soil and pick up the necessary water to survive.

Mr Ingram said: “I am worried about the trees we have planted.

“Their root system is very poorly established and they have only been in the ground a couple of months and have had precious little rain.

“Because it was so unbelievably wet in March and April we planted our trees in the last week of April and second week of May but I don’t think we have had any recordable rain for well over a month.”

Mr Ingram has about 120,000 trees currently growing. The established ones will have developed a root system which goes down one or two metres.

He said: “What we don’t want to do is lose a whole year’s production. In six or seven years’ time, if they died, there would be a shortage. In two weeks’ time, if we don’t have any rain, we would be facing a pretty serious situation.”

Mr Ingram, who chairs the Henley and District Agricultural Society, added: “Undoubtedly, cereal yields will be affected as well. Barley and wheat is beginning to suffer. Wheat is very much under stress and you can see that now.”

The sustained high temperatures triggered Public Heath England and the Met Office to issue a weather warning for Oxfordshire on Monday. June was the driest on record in the South-East and this has also effected crops.

Stephen Doble, who runs Shiplake Farm, has been forced to start harvesting his cereal crops, including winter barley, oil seed rape and oats.

Mr Doble, who took over from his parents Brian and Pat in 2011, said: “The heat basically means we are having to do everything early — the whole harvest has come forward by a fortnight.

“We don’t know what the impact on the yield will be but it’s likely it to reduce it. It’s the combination of the heat and it being dry.”

He said that if the yield was lower here than in other parts of the country, he would lose money.

Mr Doble said: “Our land is quite prone to drought. We are on gravel soil and it does not hold much moisture.”

At Crowmarsh Battle Farms, near Ewelme, they started harvesting crops on Wednesday, two weeks earlier than expected and despite the crops being planted four weeks later than usual.

The warm weather is expected to stay dry and hot for the first half of this month, leading to concerns that there could be water shortages as river and reservoir levels drop.

Hosepipe bans have been put in place in some parts of the country and these are expected to spread if the heatweave continues.

However, the weather has been positive for wine producers.

Jan Mirkowski, who runs the Fairmile Vineyard in Henley, said he was expecting a bumper crop this year.

He said: “It has been perfect weather for flowering on the vines and what we need for pollination is dry and hot weather. This stops the pollen getting soggy and clumping together and then it does not drift around in the air.

“The vines grow down to about 10m in depth so they are always able to find water. The grass around the vines is parched and yellow but the vines have found plenty of water.

Mr Mirkowski planted his vines in 2013 and said this was the warmest period since then.

He added: “The other thing which has helped this year is there were no frosts in May around the buds. Last year the frosts affected thousands of vineyards across Europe.”

It advised people to stay out of the heat, drink plenty of cool fluids and gave advice on what to wear to avoid sunburn.

A combination of high demand due to the hot weather and a burst pipe at Thames Valley Park, near Reading, left the school without water on Tuesday morning.

Around 200 homes were left without water in the RG4, RG5, RG6 and RG10 postcodes from 7.30am. Thames Water said the supply was restored by early afternoon and the school re-opened on Wednesday.

A Thames Water spokeswoman said: “We’re sorry for the inconvenience this has caused and would like to thank customers for their patience.”