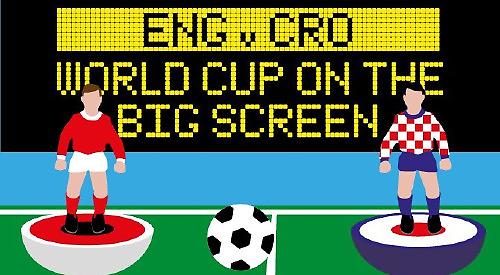 ITV’s coverage of England v Croatia will be broadcast from 6.30pm with kick-off at 7pm.

Entry is completely free and tickets are allocated on a first come, first served basis. Tickets can be claimed at the box office and are available now.

Arrive early in order to claim them. Ticketholders must be seated by kick-off.

The last time England made the semi-finals of the World Cup Kevin Costner was Dancing With Wolves and Julia Roberts was breaking hearts in Pretty Woman.

Meanwhile, Laurence Morris, who runs Laurence menswear in Duke Street, is encouraging retailers to display a sign in their windows saying “it’s coming home” to support the national side.