Two saved from river after late-night fall from boat 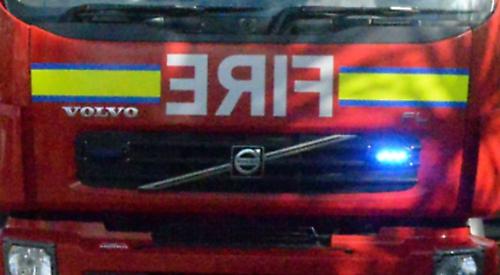 TWO men were treated for hypothermia after being rescued from the River Thames at Henley in the early hours of this morning.

Firefighters from the town’s station in West Street were joined at Marsh Lock, off Mill Lane, by colleagues from Caversham Road and Wokingham Road stations in Reading shortly before 2am.

They helped Caversham’s water rescue unit to rescue the pair using lines and floating platforms attached to the lock island.

The men, who had been drinking, had fallen in the river from their boat and were clinging to it but couldn't climb back up. The incident was witnessed by a member of the public who alerted the emergency services.

Two women on board the vessel were also escorted to safety and all four were left in the care of paramedics, who arrived in two ambulances and a rapid response vehicle. They were taken to the Royal Berkshire Hospital in Reading.

A spokesman for South Central Ambulance Service said: "Both men had fallen into the water while intoxicated, fortunately in close proximity to a boat which they were holding on to but were cold and didn't have sufficient strength to haul themselves back on board.

"They were suffering from the effects of hypothermia and after initial treatment at the scene were both taken to hospital."

Nick Windsor, watch manager at Henley station, said: "Following our water rescue incident this morning, we would like to remind people to take extra care when having a drink on your boat and trying to go through locks.

"If it weren’t for the quick thinking of one gentleman, last night's incident could have ended a lot different so stay safe."