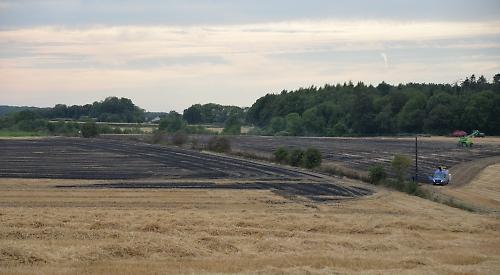 FIREFIGHTERS tackled a blaze in a straw field near Frieth yesterday (Friday).

Crews from Oxfordshire, Berkshire and Buckinghamshire were called to the scene off Parmoor Lane.

They extinguished the fire, preventing it spreading into further fields, but it was still smouldering into the early evening.

It is the fourth field fire in as many weeks, with tinder dry grass and crops easily ignited.

Eight fire crews battled a blaze on farmland in Kidmore End on July 22 after a bonfire spread, while 800sqm of farmland in Ewelme was destroyed in a fire on Saturday, July 14.