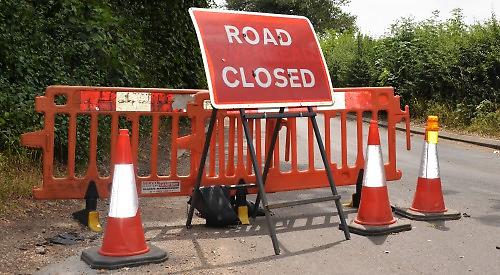 A BREWERY owner says his shop takings have been halved this summer because of work to replace water pipes.

Chris Hearn, director of Loddon Brewery in Dunsden Green, says Thames Water has ignored requests to put up signs saying his business in Church Lane is still accessible despite road closures and diversions necessary during the work.

On some occasions, closure signs even went up when the lane was open.

Mr Hearn says this has resulted in far fewer customers than normal visiting the independent brewery to buy beer or take a tour.

Furthermore, some delivery lorry drivers have seen the signs and driven off, leaving him having to arrange a new drop-off.

The problems began in May, when Thames Water closed the lane at its western junction with Kiln Road for about six weeks.

A diversion was set up along Kiln Road, Emmer Green Road and Harpsden Road for drivers heading towards Playhatch but there were no signs to say the works were further down the lane and the brewery could still be reached.

Mr Hearn put up his own chalkboards but claims the company’s contractors turned them round and moved them out of the road because they were unauthorised, which the company denies.

The problem was temporarily alleviated for about three weeks in July when Thames Water shut a section of Kiln Road and Emmer Green Road to lay new pipes and diverted all traffic along Church Lane.

The lane was closed again on July 27, the day of a launch party for the brewery’s new tap room, which about 150 people were expected to attend.

Mr Hearn said: “About 30 minutes before the opening, we saw workmen turning up to close the lane. We told them we were expecting visitors but they just said, ‘sorry, it’s closing’.

“In the end we had people standing by the signs to direct drivers and avoid any confusion.

“If we had known, there was no way we would have arranged the launch on that day.

“We have a big marketing campaign lined up for the tap room but that’s now gone on hold until everything has finished. We totally understand that they’ve got to do the upgrades and accept that we have to work around it as best we can because, after all, that’s our water supply and it needs to be maintained.

“However, they don’t seem to realise the impact they’re having on local businesses. There has been no signage to explain that we’re unaffected even though that’s the case and it’s really hammering us.

“You often see signs saying ‘access to businesses’ at other roadworks and I don’t see why they can’t do that for us.

“One day last week there were signs at each end of Church Lane that said ‘road closed’ but that wasn’t even true.

“There have been times when deliveries haven’t turned up and when we’ve asked they said ‘the road was closed’.

“People are getting incredibly confused and although some have had the forethought to ring ahead and check, others have told us on social media that they just saw the closures and turned away.

“Footfall in our shop is down 50 per cent during what should be our busiest time of year and that’s reflected in our takings.

“We’ve been offered call backs from Thames Water’s operations team and have even raised the issue with them on social media but haven’t had any response.

“There have been a few vague promises but nothing has come of it. It’s shocking customer service.

“Thames Water has a permit to close the road until the end of this month but we don’t know if it will carry on until then or whether they might finish sooner. We’re completely in the dark.”

A Thames Water spokesman said: “The works taking place near the brewery are part of a long-term plan to create a more resilient water network and reduce leakage.

“Major work will always cause some disruption but our customers say they want to see us investing in these projects.

“We work with businesses and residents where possible to keep this disruption to a minimum by sending out letters and having customer service teams visit properties.

“In this case, we did put signs out informing people Loddon Brewery was open but it would appear these were removed without consent.”