Profits down slightly for Brakspear due to increased costs 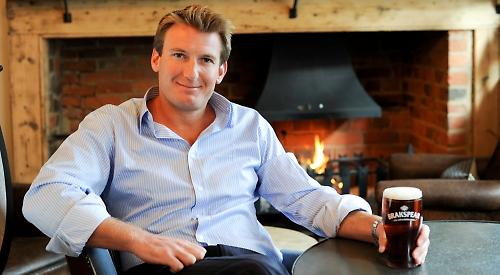 BRAKSPEAR has recorded a fall in profits due to increased costs.

J T Davies & Sons, the parent company of the Henley pub operator and brewer, increased its turnover by 11 per cent to £28.3million in the year ending December 31, 2017.

But earnings before interest, taxes, depreciation, and amortisation amounted to £7.7million, which is down seven per cent on the previous year.

The decline is a result of higher costs such as business rates and staff, which the company says is affecting most of the pub industry.

In addition, the company acquired a new managed pub and transferred two others to its managed estate from the tenanted estate.

The 13-strong managed house division recorded an annual turnover of
£11.8 million, an increase of more than £3million.

A £200,000 decline in turnover in the tenanted and leased estate was due to sites transferring to the managed house division and others being sold. Like-for-like sales were flat.

“I believe we have some of the best pubs in the sector run by some of the most talented operators.

“Our managed estate is developing in line with expectations, despite cost pressures impacting the 2017 result.

“We have recently invested in our managed operations teams and I am confident that this will lead to further improved service, sales and profitability.”

During 2017, Brakspear added the Lion at Wendlebury, near Bicester, to its managed estate and the Leicester Arms in Penshurst, Kent, to the tenanted and leased estate.

The Little Angel in Henley and the Dog & Duck in Wokingham were transferred from the leased estate to the managed estate.

Three tenanted and leased sites were sold, two of them to local pub operators, as part of the company’s pub disposal programme.

Brakspear invested a total of £6.9million in its pub estate during 2017, a similar amount to the previous year, which included the managed house acquisition, refurbishments and maintenance.

Mr Davies said: “We continue to invest in our tenanted and leased pubs, supporting our tenants to deliver a high-quality experience, and in our managed estate, where we aim to exceed our customers’ high expectations.

“I am delighted with our development of the Lion and the very recent refurbishment of the Frogmill, near Cheltenham.”