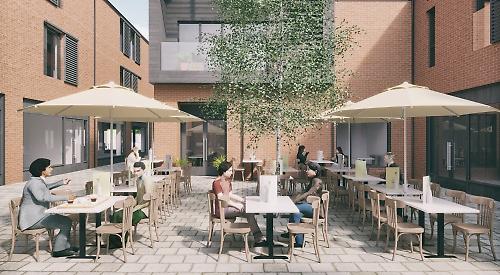 THE redevelopment of Market Place Mews in Henley started on Monday.

The firm will begin by preparing the site and carrying out archaeological works.

The alleyway from Market Place to the King’s Road car park will be closed from today (Friday) and will remain shut for the duration of the work.

The £11million development, which is scheduled for completion in early 2020, will be called Gardiner Place and comprise 14 flats, nine shops and a restaurant as well as a new public square and gardens. There will also be car parking for residents of the flats.

Project director Paul Sanders said: “We’re pleased to commence work on our Gardiner Place development with Murphy. It will create a vibrant mixed-use scheme that will further strengthen Henley’s aspirational retail and leisure offer as well as providing luxury living.”

Shaun Sheldrake, Murphy’s managing director of construction and property, said: “We will be putting retail customers and local residents at the heart of this work and will do everything we can to minimise disruption.”

Since Catalyst bought the site in 2015 the project has suffered numerous delays due to a legal wrangle involving a strip of land behind the site off the car park.

The company bought this from South Oxfordshire District Council for £310,000 and agreed to pay a further £25,000 towards the cost of a new cabin for the council’s parking attendants.

The land is being used to house building equipment during construction. A total of 33 spaces will be removed for a period to make room for the builders but three spaces behind WH Smith will be restored after nine weeks.