Hospice charity to cut beds by a third 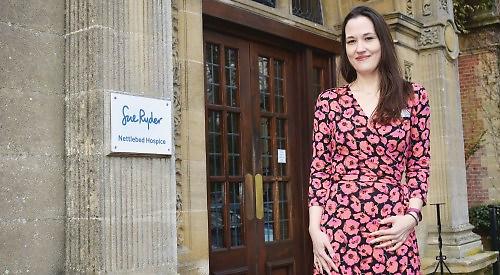 THE number of beds provided by the Sue Ryder hospice in Nettlebed could be slashed by up to a third when it moves from its current site.

As many as four beds could be lost from the current 12 that are available at Joyce Grove when the charity moves to a new base.

Residents were told at a public meeting of the Townlands Steering Group on Monday that the beds are rarely full and data was being collected to determine how many would be needed in future.

In February, the charity announced that it would be leaving Joyce Grove, where it has been operating since 1979, as it wanted to focus on caring for people at home, saying that this is what most patients now want.

It is currently looking at sites across the region but has not yet chosen a new location and is unlikely to leave Nettlebed before 2020.

Holly Spiers, director of hospices and fund-raising at Sue Ryder, told the meeting that there would be no fewer than eight beds and that they will be located in the same place, rather than in several different locations as it was first feared. She said: “The number of beds we will move to will be determined by data analysis on beds. We know it’s declined — we know it can fluctuate — but we won’t look to move to fewer than eight.

“I can provide you assurances that there will be hospice beds in South Oxfordshire but I don’t have a location to share. We’ve been exploring many options. There are many considerations we need to look at.”

Mrs Spiers said the charity will not be rushed into a decision because it is not being dictated to by a timeline. She added: “Nettlebed will not close until beds are available somewhere else.”

Sue Ryder launched a trial of its “hospice at home” service in April, incorporating existing specialist nurses, which provides planned and rapid response care to patients in the community 24 hours a day.

Mrs Spiers said this scheme, coupled with the hospice beds being two-thirds full on average, could mean fewer beds are needed in the future.

She said: “We care for a number of people now who would not have had the option to be cared for at home as it didn’t exist until April. We very rarely have a waiting list for beds.”

Jo Morgan, head of clinical services, added: “We review referrals on a daily basis. Our occupancy does fluctuate but we’ve been running about 68 per cent on average.”

But some of the 60 members of the public who attended the meeting said this was not the case and they had relatives who had been refused beds at the hospice because there was no room.

Jenny Poole said her husband is currently being cared for at home as he couldn’t get a bed at Joyce Grove.

She said: “His request was he would like to die at home but he’s got to the point where he thinks it’s too difficult for us and he’s going to ask if he can go back in. He was told there were no beds available. I do hope you are not going to reduce beds.”

Susan Lee, who has had family members die at the hospice, added: “We have read that most people wish to remain at home. That’s the reality until the frightening issues of death come upon us. Staying at home becomes stressful and exhausting for loved ones.”

Other members of the public said the possible reduction in beds reminded them of the building of the new Townlands Memorial Hospital, where health chiefs planned to remove the 14-bed Peppard Ward without replacing it in the new facility.

The Henley Standard’s Save Our Beds campaign later led to eight beds being installed at the neighbouring Chilterns Court Care Centre, with another three on demand.

David Feary, of Walton Avenue, Henley, said: “The fact that you don’t confirm there will be the same number of beds is déjà-vu. We went from 18 beds in the hospital to eight next door.

“A lot of people have houses where you can’t get the right equipment inside and even if you can there isn’t anyone to look after them.”

Graham Campbell, head of services at the hospice in Nettlebed, said the charity also wants to leave the Grade II listed Joyce Grove as it is too expensive to run.

Mr Campbell said: “The care we run is superb but that’s in spite of Nettlebed. It was never purpose-built, it was a house and we are spending public money on roof tiles and trees falling down. I don’t think that’s care. We need to move out not for financial gain but to find a place where we can use our beds and equipment.”

Mrs Spiers added: “The building is a valuable asset. I don’t think it’s right to sit on an asset that’s not delivering what it is supposed to when we can move somewhere with the best modern hospice care.”

However, she ruled out building a bespoke hospice and said the charity would be looking to move into an empty space at an existing site.

Mrs Spiers said the hospice serves patients across South Oxfordshire and parts of Buckinghamshire and so it may need to be located in a place which is easier for all patients to reach.

The hospice had previously agreed to move into a new purpose-built 12-bed facility on the second floor of Townlands Memorial Hospital to form part of a £16 million “health campus”.

But in December 2014, before construction had begun, the charity pulled out of the agreement with the NHS as it would have needed another property for its other services and outpatients.

Mrs Spiers said there are no current plans to move to the hospital as it does not have enough space for all the hospice’s services.

She said: “We are looking at beds, a community hub, a phone service and a day service, which is a very large service, and it’s unlikely to fit in Townlands. It was a difficult and unpopular decision but it was the right decision.

“We don’t want a larger facility in numbers of beds but a larger footprint for the community hub and day services.”

Rod Morgan, Sue Ryder’s chief financial officer, added that the charity had already ruled out building a new facility in the grounds of Joyce Grove because the cost of the footprint “didn’t work” for them.

Joyce Grove has 27 acres of grounds and was built in 1908 for merchant banker Robert Fleming, grandfather of James Bond author Ian Fleming.

The ward has seven single rooms, one triple room and one double room and only takes up a small part of the building. The hospice also runs day services and clubs and patients and families can use the grounds.