Theatre in deficit due to management ‘difficulties’ 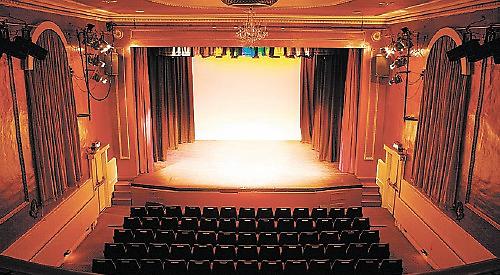 THE Kenton Theatre in Henley has recorded a loss for the first time in at least five years.

According to the latest figures published by the Charities Commission, the historic venue in New Street lost £6,129 over the year up to August 31, 2017 as a result of rising costs, including more than double the expenditure on staff, and a drop in income.

At the start of that period its long-serving managing director Wendy Bowsher stepped down and was replaced by general manager Zsuszi Lindsay, who announced her departure after just four months in post.

The role was then taken over on a shared basis by Tom Ryan and Paula Price-Davis, the former of whom stepped down last month to focus on his role as programming director for the Henley Literary Festival.

Ed Simons, who had been chairman for six years, also stepped down for “personal reasons” in August 2016. This came just weeks after a row over the procedure for electing trustees broke out at the charity’s annual meeting, which sparked a number of walkouts.

The loss comes despite setting a new sales record for the 2016 Christmas pantomime Sleeping Beauty, which sold more than 4,400 tickets compared with 4,200 for the previous year’s show Jack and the Beanstalk.

Its directors and trustees are now preparing to submit this year’s figures and these will be published in 12 months’ time.

According to the latest report, the charity made only £13,039 in subscriptions, grants and private donations in 2016-17 compared with £18,327 the year beforehand.

This was offset by an increase in the “restoration levy” it charged on most tickets, which brought in £15,289 as opposed to £5,226 although this can only go towards improving the Grade II listed Georgian building.

The money paid a general manager, programming manager, caretaker, box office manager, bookings administrator and two part-time temporary workers. Since those figures were submitted, the theatre has announced its best ever season for ticket sales.

She said: “The current financial year is looking much better as the 2016-17 accounts represent the difficulties we experienced within our management at that time. There was a brief period where we had no management at all and there had also been disagreement among the trustees just prior to that.

“However, ticket sales and revenue are much better now and we’re delivering a more varied programme that satisfies a much wider remit.”

Last month, Rick White resigned as chairman of trustees after less than two years following “internal disagreement over management issues”. He declined to comment on the circumstances of his departure.