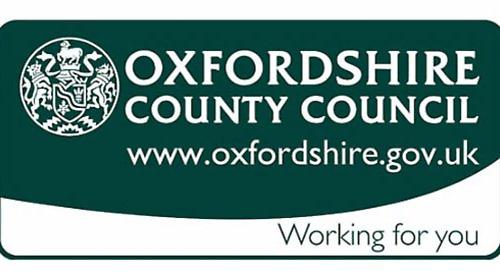 ALMOST 900 jobs could be cut as Oxfordshire County Council looks to save up to £58million.

The authority is set to be overhauled in a move it says will protect and improve frontline services while cutting red tape and reducing the costs of “back office” administration.

Work by PricewaterhouseCoopers says the redesign could save between £34million to £58million a year by cutting staff and streamlining services.

But in order to fully implement the new model 600 to 890 full-time equivalent posts may be axed over a two to three-year period.

The council’s annual staff turnover is about 650 posts so the number of compulsory redundancies is likely to be “much fewer”, it said.

Council leader Ian Hudspeth said: “We are committed to reducing the number of redundancies by retraining staff wherever possible to fill the new jobs that would be created as a result of the proposed new council operation.”

“Like all councils, Oxfordshire County Council has had to manage a significant reduction to government funding since 2010 while coping with rising demand for services, particularly adult and children’s social care.”

The council wants to ensure it is “fit for the future” and continues to meet rising demand for services – particularly care for vulnerable children and adults  – and to use technology to give residents a better service.

It says digital technology will free up staff to provide services and reduce administration costs.

Customer service, supported by new technology, will be at the heart of the proposed new model to make the council much more efficient, it said.

The proposed redesign also makes working with communities the top priority, so that services are as effective and efficient as possible. This will include improved use of data to target resources where they are needed most and have the greatest impact.

As well as reducing the costs of administration, the programme is also looking at innovative ways to deliver services differently, including better use of technology. Ideas being considered include:

. Opportunities to improve the efficiency of home to school transport provision

. Use of drones in emergency situations

The proposed changes will deliver the £33million savings required without cuts to services. The council needs to save this amount as part of its four-year budget plan.

The alternative would be finding other savings that would be more likely to reduce services to residents, it said.

The estimated one-off cost of up to £18million to implement the new operating model, including the necessary digital investment, would be paid back from the savings made.

Councillor Hudspeth added: “These proposed changes are a crucial part of the county council’s commitment to supporting thriving communities for everyone in Oxfordshire.

“Over the last eight years, the county council has taken some difficult decisions so we can meet the growing demand for services while staying on a sound financial footing. We are now looking to the future to create an organisation that can provide services that Oxfordshire people and communities want and need.

“We still need to save money to meet our budget pressures over the next few years. This review has shown that we can provide more support by cutting red tape and reducing the costs of ‘back office’ administration and making sure taxpayers’ money is spent on providing council services.

“The advice from PwC will more than pay for itself by finding financial savings that we could not have found on our own. This is a golden opportunity to make real changes that would at one and the same time save money and benefit the public. The report clearly says that we can make these changes without reducing the quality of services for residents.

“Our systems currently do not support staff as well as they could do in order for them to do the best job they can – and we know how frustrating that is because staff tell us that. There’s no doubt they are working hard and trying to do their best for Oxfordshire, but our systems, structures need to better support them. We have a duty now to act on that.”

The proposal will be considered by county councillors during September, with a decision taken by its cabinet on September 18. If agreed, councillors would meet again in October to consider how best to implement the operating model and the investment that will be required. Savings could then be made from the start of the next financial year.

Annual savings of more than £300million have been made by the council since 2010, with most of this money being used to meet growing demand for social care for vulnerable children and adults. The council says it has become significantly more efficient since 2010, including sharing human resources and finance services with Hampshire County Council and reducing the number of managers.