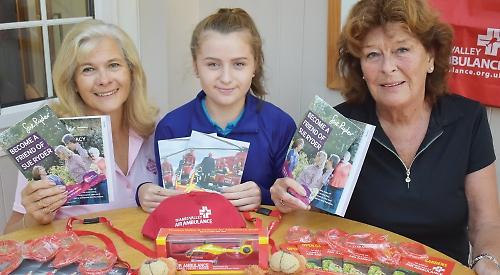 The annual captains’ day event was in aid of Sue Ryder and the Thames Valley Air Ambulance and raised more than £2,000.

The players were split into teams of four and competed over 18 holes using the Stableford scoring method. As well as awards for the winning team of Rye and Tony Harding and Charity and Ketih Griffith, there were prizes for nearest the pin and longest drive for both men and women.

The golfers were served breakfast before teeing off and drinks during their rounds and there was a barbecue in the evening and a raffle with prizes donated by members of the community.

Men’s captain Gordon Kinghorn, who organised the event with his female counterpart Eileen Holmes, said: “We have a lot of competitions during the year but the charity day is the big one and a chance to put something back into the community. We had about 65 per cent of the club’s members out there and raised just over £2,000, which we thought was a pretty good effort. We started at 8am and the last teams came in at 5.15pm so it was a long day. They left the club at 7pm after a very full day, having had a marvellous time.

“It was tremendous and we are already planning for the next one.”