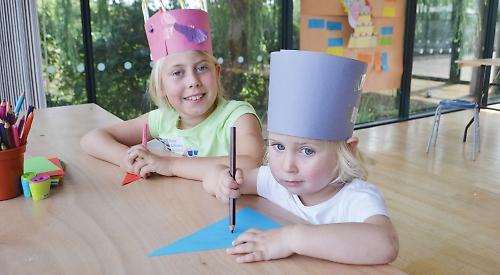 DOZENS of children took part in an activities day at the River & Rowing Museum in Henley to mark its 20th anniversary.

They made hats and decorations out of cardboard and coloured paper.

The youngsters were served cake and there were balloons and appearances by characters from Kenneth Grahame’s The Wind in the Willows, which is celebrated with a permanent exhibition at the museum,.

The award-winning museum in Mill Meadows was opened by the Queen in 1998 to celebrate the river, the sport of rowing and Henley town.

An exhibition on its history opens tomorrow (Saturday) and runs until October 28. It includes mementos from the last 20 years as well as messages from visitors and locals.