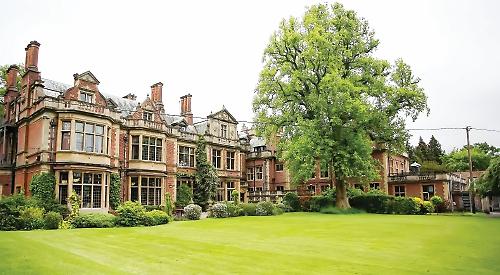 PATIENTS at the Sue Ryder hospice in Nettlebed have criticised plans by the charity to remove up to four beds when it moves to a new facility.

Two weeks ago, the Henley Standard reported that the number of beds could be cut by up to a third after Joyce Grove is sold.

A meeting of the Townlands Steering Group heard that the current 12 beds are rarely full and data is being collected to determine how many will be needed in future.

Holly Spiers, director of hospices and fund-raising at Sue Ryder, said research suggested most people would rather die at home and the charity was focusing on its care at home scheme, which was launched in April.

But people who use the hospice argue that most patients would rather spend their last days there so that they can be cared for by specialist nurses.

“I definitely wouldn’t want it, it’s too scary. If you go into the hospice you’ve got 24-hour care. If you’re at home they can’t possibly stay 24 hours a day. We need those beds.”

Mrs Carter. who was diagnosed with terminal peritoneal cancer in 2014 and attends weekly day care at the hospice, added: “I don’t know how long I’ve got but if there aren’t enough beds I’ll have to look for another hospice.

“The Duchess of Kent hospice in Reading is always full so why wouldn’t Nettlebed be?”

Anne Kennedy, from Kingwood, said: “They say they can reduce the number of beds and people want to die at home but that depends on what point they speak to people.

“The reality is when you are faced with death it’s very different and your priorities change. You don’t really want to change your family from being loved ones into carers.

“Homes are changing, more older people are living in rented accommodation and houses are smaller so it’s extremely high-risk to reduce the number of beds.”

Ms Kennedy said she asked for a bed at the Nettlebed hospice after undergoing surgery at the Churchill Hospital in Oxford in April but was told none was available. She thought this may have been down to a lack of nursing staff rather than the beds being full.

“The staff at Sue Ryder are caring, incredible people and that makes one reluctant to lose the facility,” she said.

Leslie Maynerd, who visits the hospice, where her father Ivor King died 20 years ago, weekly to provide aromatherapy for patients, said almost everyone she had spoken to wanted to die at the hospice.

Mrs Maynerd, of High Street, Whitchurch, said: “Sue Ryder says most people prefer to stay at home but I think that simply isn’t true. When you are fully fit you may want to die at home but I’m fit and I’ve always said that if I had a terminal illness I can’t think of a better place to die than there.

“If they are talking about moving in 2020, some of those people may still be alive. They have all made end-of-life plans which they will have to rethink. It’s terribly hard. The other thing is to think of the partners of the people who are dying. It can get too much for them at home and they have to be considered.”

Mrs Maynerd said the rural setting of the hospice was also important and she didn’t want to see the beds moved to a hospital.

She said: “I feel passionately about keeping it there. Sue Ryder herself started these hospices for the very reason that people could die in safe and lovely places which aren’t like hospitals. It’s a beautiful place where you just feel calm. It’s where people want to go.”