Bar made from shipping containers 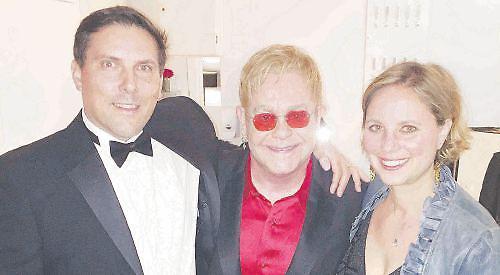 A FORMER music manager has started a new business buildings bars out of old shipping containers.

Paul Carey, who lives in Reading Road, launched Bar Go — The Portable Bar Company earlier this year and the first bar made its debut at Henley Royal Regatta.

The bar, which is made from three shipping containers, can be disassembled and modified to suit any event.

Mr Carey, 46, who used to be general manager of the Rewind South festival, said: “It all came about from having worked at a lot of festivals and seeing the kind of thing that really worked.

“There are a lot of people attending events now who are a bit bored of going into a big white tent to get their beer.

“What I wanted to do was create a structure which looks amazing. It can be changed very easily from one event to the other.

“I’m using the contacts I’ve made over the years — festival organisers, promoters and agents — to show them what I’m doing as they are the people who do the bookings.”

The bar was used at last month’s Wickham Festival in Hampshire, where it had an American theme, and more recently at the Fusion Festival in Liverpool and the Wheels and Fins Festival in Ramsgate at the weekend.

Mr Carey, who is married to Julia, a jewellery designer, and has two children, hopes to build more bars and that the business will grow.

He said: “Once it establishes itself, events will come back year on year and it will become part of the festival. I’m loving it. It’s a new phase and a new challenge for me.”

He left Rewind, the Eighties pop music festival that takes place in Remenham every August, earlier this year after it was taken over by Global.

The new owners wanted to move production to Manchester and the marketing operation to London but Mr Carey didn’t want to commute.

He then spent some time at Henley music agency Eight Ray Music as director of its headline division as well as starting his own business.

He worked with musician Jayson Jaurigue, who founded the agency in 2011, to expand the business with the new division focusing on offering clients entertainment packages centred around a headline act.