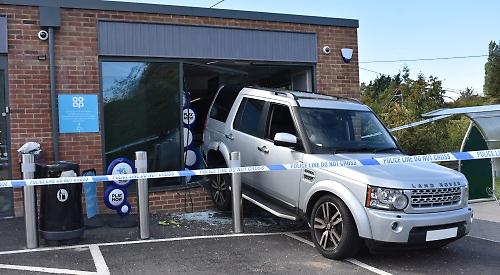 A 4x4 car was left in the wall of a Woodcote shop after an attempted ram raid.

Thieves targeted the Co-operative supermarket in Bridle Path overnight on Saturday, reversing a silver Land Rover in to the window of the store where there is an ATM.

They are not believed to have taken anything and the car was left at the scene. Police cordoned off the shop today (Sunday) while staff dealt with the damage.

The shop was re-opened in December following a £1.2million refurbishment.

It was previously targeted in another ram raid in 2015 when a gang of thieves stole £8,000 worth of cigarettes.