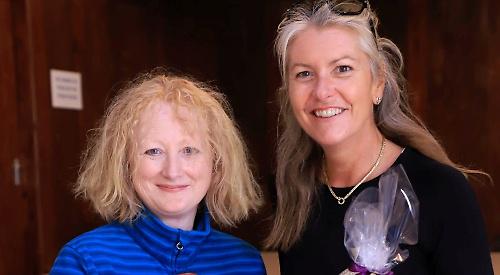 A TENNIS tournament organised by the Henley branch of the NSPCC raised £4,000.

The event was held on 10 courts in Henley and Shiplake and featured more than 80 players.

It was won by Nikki Botterill and Caroline Edward, who were presented with the NSPCC Shield after defeating Liz Hindley and Marnie Watson.

A buffet lunch at Shiplake Memorial Hall was held midway through the tournament and included a produce stall selling locally made bread, cakes and flowers and a tennis clothing stall.

There was also a raffle with prizes donated by businesses including Anne Haimes Interiors, Hobbs of Henley, Villa Marina, the Bell Bookshop, Gorvett & Stone and Waitrose.

The branch’s next fund-raising event will be a Christmas fair at Phyllis Court Club in Henley on Thursday, November 22 from 9am to 4pm. For more information, visit www.henleynspcc.co.uk