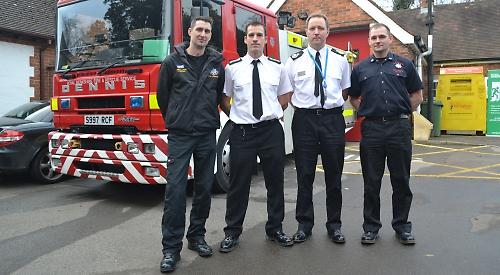 WARGRAVE fire station will stay open at least another nine months so that it can improve the availablity of its crew.

On Monday, the Royal Berkshire Fire Authority approved a recommendation to give the station in Victoria Road until August next year during which time crew availability must reach 60 per cent.

The station, which is the oldest in Berkshire, was told it must increase the availability of its crew from around six per cent to 60 per cent or be closed.

In recent years, the availability has been as little as 2.4 per cent.

Since the trial began it has managed to reach 38 per cent availability and supporters say the target could be reached by early next year when its new recruits have been trained.

Councillor Emma Webster, the authority’s integrated risk management plan lead member, said: “While the criteria has not been met in the past 19 months, the authority has acknowledged the increase in retained firefighters at Wargrave through proactive recruitment and wanted to ensure time is allowed for the additional personnel to complete required training, which should improve availability.

“Wargrave fire station will remain open during this extension period and the service is actively working with the station in recruiting and training the on-call firefighters it needs to improve availability. We also recognise the support of the local community with recruitment.”

Despite the latest reprieve, campaigners say they fear the authority could still decide to close the station as keeping it open means having to find savings of £168,000 elsewhere in its budget.

Anyone interested in becoming a retained firefighter should visit www.rbfrs.co.uk/on-call