Tom, Jessie and George to headline at festival 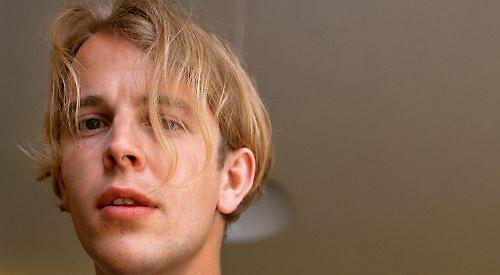 POP icon Boy George will top the bill at this year’s Henley Festival, when the UK’s only black-tie festival returns to the riverbank in July.

The flamboyant 57-year-old Culture Club frontman, whose hits include Karma Chameleon and Do You Really Want to Hurt Me, will take to the “floating” stage on the opening night, launching a line-up of performers which includes Jessie J, Tom Odell and Bjorn Again.

There will be comedy from Ed Byrne, Andy Hamilton, Richard Herring and Julian Clary, while the Royal Philharmonic Orchestra will perform scores from the most memorable films of the past 50 years in a showcase presented by Aled Jones.

And in a Henley Festival first, Friday night’s performance by Odell will be followed by Jo Whiley presenting a DJ set straight from the floating stage.

Foodie festival-goers will not be disappointed as Michelin-starred chef Angela Hartnett returns to run Britain’s biggest field restaurant and create a bespoke menu at the Riverside.

The festival will end each evening with fireworks by the team behind the display at the 2012 London Olympics.

Jessie J will be making a return visit to Henley when she headlines on the Thursday. The 30-year-old singer-songwriter, who debuted with Do it Like a Dude and went on to have hits with Price Tag and Bang Bang, first wowed Henley audiences in 2015 and will be back on main stage after being a judge on The Voice UK.

The emotional content of Jessie’s songs, often dealing with her own struggles with mental health, fits with Henley Festival’s charitable theme for 2019.

The not-for-profit event will this year donate to the Charlie Waller Memorial Trust, which supports young people with depression, and The Teenage Wilderness Trust, which helps students who find it difficult to engage with mainstream education by encouraging practical life skills.

On Friday it’s the turn of Brit Award winner Odell to take to the stage. The 29-year-old singer-songwriter from Chichester had his breakthrough hit in 2013 with Another Love and his debut album Long Way Down went on to top the UK charts.

He made the Top 10 again in 2014 with a cover of the Beatles’ Real Love, which became the soundtrack for the John Lewis Christmas ad campaign.

His latest album Jubilee Road was released at the end of last year.

Whiley’s DJ set will feature non-stop music from the Nineties, including artists such as Fatboy Slim, Blur, Oasis, the Prodigy and Primal Scream.

Mamma Mia! fans will be in their element on Saturday night when Henley welcomes Bjorn Again to the stage. Designed as a light-hearted ABBA spoof, Bjorn Again rapidly achieved cult status and are credited with initiating the ABBA revival which led to ABBA Gold, Muriel’s Wedding and the hit Mamma Mia! movies.

The programme will be full of the popular classical music featured in the most iconic films of the last 50 years, including some of the greatest Oscar-winning soundtracks.

There will be 20 comedians appearing at this year’s festival, including a special performance by Herring, who will be recording the show for his podcast with Kenton Theatre favourite Barry Cryer.

The line-up of laughter will feature established names Jan Ravens, Ed Byrne and Murray Lachlan-Young as well as up-and-coming performers Vikki Stone, Kai Samra, Steve Bugeja and Luke Kempner, who provided the impressions on last year’s Big Brother’s Bit on the Side.

The festival will also feature its own jazz club in the Spiegel Tent, where guests can enjoy dinner and live music both before and after the headline acts.

The Ben Waters Quartet will play on the Wednesday, the Dime Notes on the Thursday and Si Cranstoun, who composed songs for the Matthew McConaughey/
Kate Hudson film Fool’s Gold, will be here on the Friday.

On the Saturday it will be the turn of Britain’s first electro swing band Swing Zazou and on Sunday the Hetty & Jazzato band will perform their fusion of classic Italian songs, swing, jazz and rock ’n’ roll.

The Bedouin Tent will offer a taste of global music, from flamenco to homespun British folk, with UK DJ Chris Tofu playing a closing set on Saturday night.

On the Sunday the festival will turn into a huge playground for families of all ages, with activities and entertainers. There’ll be balloon making, glitter tattoos, music lessons, comedy for kids, a toddler disco and choir performances.

Lachlan-Young will perform his Modern Cautionary Tales for Children and the Turn Around Theatre will present The Thief, The Fox and the Phoenix.

The festival is also working this year with BBC Music Introducing to showcase new acts from across the region.

This consists of seven large spherical sonic structures, which allow the audience to experience the physicality of sound through listening, touching and hugging. Sculptors Brendon Hesmondhalgh and Laura Jane Wylder will be bringing major works to be placed around the festival site, alongside several art galleries.

• Don’t miss the Henley Festival pull-out guide free inside next week’s Henley Standard plus pictures from the launch event.