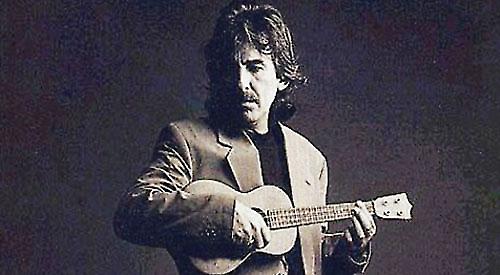 SCULPTOR Clive Duncan has often featured in the pages of the Henley Standard for his
artwork.

Now the Shiplake artist has created a piece of work celebrating another of the area’s creative types — an old drinking acquaintance, George Harrison.

The Beatles guitarist, who died in 2001, aged 58, lived in Friar Park, off Gravel Hill, Henley, and sometimes shared a beer and a conversation with Mr Duncan at the Baskerville pub in Shiplake.

The portrait sculpture, made of bronze, shows the musician with the long hair he sported for much of his later life. It took Mr Duncan four months to complete.

The piece will be on display at the annual exhibition of the Society of Portrait Sculptors at La Galleria in Pall Mall in June.

Mr Duncan, 74, has lived in Shiplake for almost 50 years and first met Harrison at the village pub in the late Eighties when the star judged a talent contest.

He said: “He used the pubs in Henley and had a few favourites and he came to the Baskerville here in Shiplake several times.

“The pub was packed solid — it was not far off Christmas — and we got chatting over a beer. We went on and on until throwing out time, all about things like his spiritual beliefs and understanding of different faiths. He had a very good mind for that sort of thing.

“After a couple of hours we got into what I did and that’s when he made a wry comment that I should come and work for him. He gave me his personal phone number.”

Despite being invited to view the Friar Park estate, Mr Duncan opted not to go in case it appeared that he was trying to “hang on” to the star.

He said: “I was suddenly aware that I didn’t want to seem like a sycophant to get work so I didn’t go. This was my fault and I did later explain to his wife that I was reticent because a lot of people hang on the coat-tails of these superstars.

“It was my loss — he wanted to show me around. It does seem perverse to break off what could have been a much stronger friendship.

“I saw him a few other times in different places and always said hello and had a chat.”

Mr Duncan, whose late wife Janet was also an artist, has previously made casts of other famous people including author and screenwriter Sir John Mortimer, who lived in Turville, and Myfanwy Piper, the opera librettist and wife of Fawley artist John Piper.

After deciding that he wanted to immortalise the Beatle in bronze, his plans were put on hold after Harrison was attacked at home in 1999 and his subsequent battle with cancer.

Mr Duncan said: “He spent masses of time abroad and then this awful business at his house happened.

“After that I didn’t feel I had any business to bother them. He was very nearly murdered. He got ill after that and I didn’t think it appropriate at all.”

It wasn’t until almost 17 years after Harrison’s death that Mr Duncan revisited the idea and found the memories of his friend were still fresh.

Mr Duncan said: “It was a kneejerk. I thought, ‘I’ll do this now, it’s the right time’ and I sent a photo to Olivia [Harrison’s widow]. I had previously written to them and got a nice letter back when George died.

“If you look at pictures of George Harrison, there are so many aspects of his face and hair that make people think of him in different ways. Sometimes he had long hair and beard, other times his hair was very short. My period is the late Eighties and early Nineties. That was the only period where I could say I had a real memory of him, not only of his features but the attitude and character.

“He did have quite a serious expression for most of the time I remember. He knitted his eyebrows and had very strong, powerful dark eyes.

“The piece made itself in a way, the memories were so fresh.”

Mr Duncan first made the design in clay before making a plaster of Paris cast which he coloured. It then went to the Arch Bronze Foundry in Putney, where further moulds and casts were made before the final version was cast in bronze.

The sculpture was completed in December and is now being held in storage in London ahead of the exhibition.

Mr Duncan says he is happy with the final result of the long-lived project.

He said: “I’m pleased with it. I’m a pretty ruthless self-critic but in this case it has worked quite well.

“A sculptor can feel in their work a kind of dialogue. If it feels as dead as a dodo it has not worked but at other times you get a sort of electric shock off it and you know you’re on the ball.”