Mixed military crews to compete in celebration of 1919 Peace Regatta 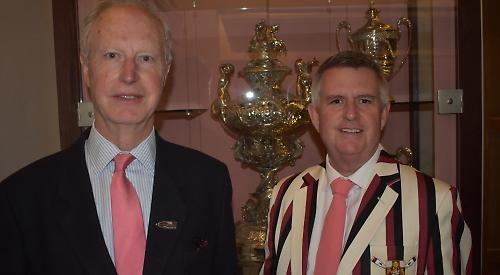 A SPECIAL race has been added to the programme of this year’s Henley Royal Regatta to mark the centenary of the Peace Regatta.

The King’s Cup will take place over the final three days of the five-day regatta in July and feature military eights from the original nations of Australia, Canada, France, New Zealand, the UK and America plus Germany and the Netherlands.

For the first time, male and female military athletes will row in the same boat at an elite international event.

The peace regatta of 1919 was staged by the rowing community to help heal wounds and hasten the return to normality of the Allied nations and their troops recovering from the First World War.

The King’s Cup was won by the Australian army crew and was presented by George V. The original trophy is now awarded annually to the fastest state crew in Australia.

For the centenary competition a new trophy has been designed by Chris Hartley, who has been
co-ordinating the international participation in the new event.

Each nation has donated parts of items of cultural significance to be melted down and used in the cup.

Australia sent part of the original King’s Cup and part of the Australian War Memorial in Canberra, which commemorates those who died in the conflict.

Canada donated copper from the roof of its parliament in Ottowa, France gave four Croix de Guerre bravery medals won by soldiers during the war and New Zealand donated material from the boat in which its crew rowed in 1919.

Germany sent fittings from the Gorch Fock, its naval officer training ship, and the Netherlands sent shell casings from the coronation of King Willem-Alexander in 2013.

The American team contributed original fittings from the USS Constitution, which was commissioned by George Washington in 1797 and is the oldest US naval vessel still in service.

The Queen has given an undisclosed gift on behalf of the UK.

Mr Hartley said the winners would have their names inscribed on the cup and receive a gold sword, both featuring an engraving of the River Thames.

Speaking at Leander Club in Henley, he said: “It’s quite difficult to get such senior politicians and chiefs of defence to come to regatta but we want them to come and that is fantastic for the sport. I have also been contacted by the relatives of the original crews who are coming to regatta.”