We were on 900ft cruise liner that crashed in Venice 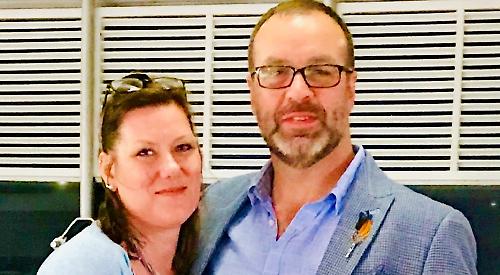 A HENLEY postman has spoken of being aboard a cruise liner which crashed into Venice docks and then struck another boat.

John Clark and his wife Christina and their children Barney, 12, and Libby, eight, were among about 2,500 passengers on the MSC Opera when it apparently lost control while returning to a wharf at the mouth of the city’s Giudecca Canal.

It scraped along the dockside with its warning sirens blaring, sending bystanders fleeing, then ploughed into a smaller vessel that was taking tourists on day trips.

Some passengers on the smaller boat, called River Countess, jumped overboard as they feared they would be struck by the 900ft long cruise ship. About half a dozen suffered minor injuries after being hit by debris.

The Clarks, who moved from Henley to Bonners Mead, Benson, last year, were on a seven-day cruise on the liner during the half-term holiday. The trip began in Venice and took them to Montenegro, the Greek islands of Mykonos and Santorini, Corfu and southern Italy before returning.

Mr Clark said the family were packing their bags to disembark when the crash happened at about 8.30am on June 2.

He said: “We were minutes from coming into port and hadn’t yet had our breakfast when there was a bit of a commotion on the loudspeaker.

“It was in Italian so we didn’t understand what was being said but it sounded pretty panicky. There wasn’t any kind of big dramatic crash where everyone fell over but we did feel a judder and a shake as though they were dropping the anchor, which we thought couldn’t be happening as we weren’t at sea. Then an assistant was walking down the corridor shouting, ‘we’ve crashed, we’ve crashed’.

“The kids got a bit upset because they thought we were going to sink but I explained that was never going to happen.

“There was never any danger, thankfully, but we had to wait on board for six hours while the police went over the ship as part of their initial investigation.

“We were first told it would be a one-and-a-half hour delay but that got extended a couple of times.

“Most of the people on board were Italian and there were lots of animated conversations going on, though I’m not sure whether they were as emotional as it appeared or whether that’s just a cultural thing.

“It certainly crashed in the right spot because if it had crashed a few metres further out it could have damaged some historic architecture that was right on the waterfront.

“Until then, the cruise had been absolutely fine.

“It was a lovely experience and everything we’d expected and hoped for when we booked it. The kids really enjoyed it so this put something of a dampener on it.” The family had to cancel their plans to spend the morning sight-seeing and were worried about missing their flight home but made it in time.

They are yet to hear from the ship’s Swiss operator MSC Cruises, with whom they booked it directly as Mrs Clark is a travel agent.

Mr Clark said: “I suppose their biggest priority was the people due to take the next journey out as they were worse affected but we haven’t even had a courtesy email or call.

“We’re lucky that it wasn’t a serious accident but it made our last day and going back to work the next morning much more stressful.”

It is believed that the ship’s controls became jammed so the engine couldn’t be switched off and that the crew dropped two anchors in a failed bid to prevent the crash.

The captain is under investigation by local authorities and there have been calls from residents to ban large vessels from the canal because of its relative narrowness.