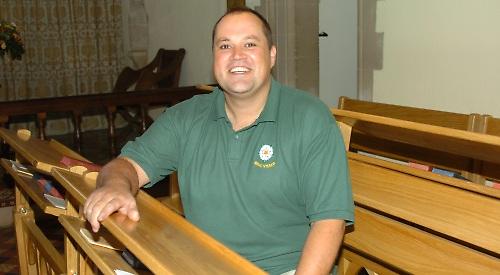 A MAN from Stoke Row has died from serious head injuries after he fell from an electric skateboard.

Bradley Visser, 38, was taken to hospital by air ambulance following the incident, which took place in the village's main road on July 17 at 7.30pm.

Police confirmed he died 10 days later as a result of his serious head injuries.

Specially trained officers are supporting his next of kin.

An investigation is ongoing but no other vehicle is believed to have been involved.

PC Mark Dunne, of the Serious Collision Investigation Unit, said: “This was a tragic incident which has resulted in a man losing his life. I would like to continue to ask anyone who saw this incident, or who has any other information relating to it, to please come forward.

“We do not believe that there were any other vehicles involved, but if you saw Mr Visser using his skateboard shortly before this incident, we would like to hear from you."

Anyone with information should call the Thames Valley Police non-emergency number on 101.

For more on this story, pick up a copy of the Henley Standard, out on Friday.