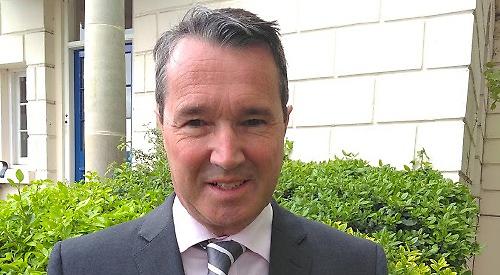 A DOCTOR from Shiplake who is understood to have treated Theresa May for diabetes has been recognised in her resignation honours.

Dr Ian Gallen is a consultant physician at the Royal Berkshire Hospital in Reading, and has been created a CBE by the former Prime Minister for services to public health.

He said:  “I am incredibly honoured and clearly delighted to have received this honour.

“I would like to particularly thank and recognise the team of nursing, midwifery and consultant colleagues I work with both here at the Royal Berkshire and in my previous roles who have made all this possible. It’s a huge privilege.”

Endocrinologist Dr Gallen joined the Royal Berks in 2013 from Buckinghamshire Hospitals to take up a joint community hospital post.

After qualifying as a doctor from the University of London, he  worked in a variety of roles including a fellowship at the Northwestern University Medical School in Chicago, building up a specialist interest and knowledge in the management of diabetes for athletes and gestational diabetes that develops during pregnancy.

He has an interest in treating athletes with diabetes, most notably Sir Steve Redgrave, five-time Olympic rowing champion and current chairman of Henley Royal Regatta.

This work has been recognised by the Royal Society of Medicine’s gold medal award for outstanding achievement.

Steve McManus, chief executive of the Royal Berkshire NHS Foundation Trust, said: “We are incredibly proud of Dr Gallen being appointed to the honours list.

“The honour is hugely deserved as Ian is an outstanding doctor who shows incredible compassion and support for his patients but is also an inspiration to all his colleagues, sharing his knowledge and skills on the international stage as a speaker and teacher, in addition to his support of one of our most successful Olympians, Sir Steve Redgrave.

“We are all incredibly proud – well done Ian.”

Mrs May was diagnosed with type one diabetes in 2012.