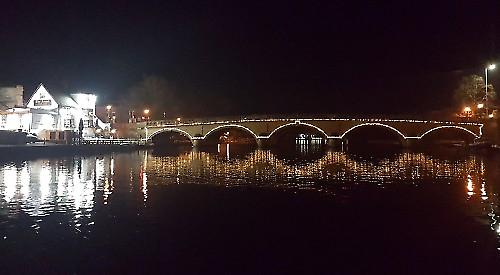 AN application to permanently light up Henley Bridge has been refused by Wokingham Borough Council.

This move divided opinion and Oxfordshire County Council – which owns the bridge – intended to remove the lights after complaints from residents.

Mr Hemsley hoped to remove the existing lights and install a permanent arrangement on the arches of the Grade I listed bridge.

The borough council refused the application, saying there was a lack of information and the proposal presented “potential harm” to the bridge.

The applicant said he was not considering an appeal at this time.

For more on this story, pick up a copy of this week’s Henley Standard.