Landmarks put on at risk register by heritage body 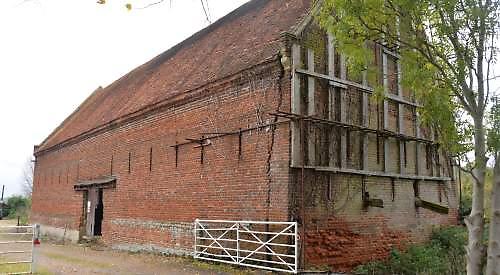 LANDMARK buildings in the Henley area have been identified as “at risk” by Historic England.

The heritage body’s register includes listed buildings, places of worship, monuments, parks and gardens, conservation areas, battlefields and wreck sites that have been found to be at risk as a result of neglect, decay or inappropriate development.

St Mary’s Church in Hart Street, Henley, is said to be in a “poor” condition and suffering from “slow decay”.

Heritage England says that the most recent of the five-yearly inspections of the Grade II* listed building identified problems with most of the roof coverings and wall repairs because of water ingress.

“The church completed a project of work to address the roofs, however there is still a need to repair stonework,” it says.

Repair work costing £45,000 was carried out in 2014, when worn roof tiles were replaced, and further roof work and stonework was completed in the summer of 2017.

Rev Jeremy Tayler, the rector of Henley with Remenham, said: “I wouldn’t like to give people the impression that we’re neglecting the church because we’re not, but it’s a constant battle to keep a church like that together.

“If you have a medieval church, especially one the size of St Mary’s, maintaining it is a constant expense and buildings will throw up little things and problems that you don’t see coming, The really essential stuff, which is to make sure all the roofs aren’t letting in any water in, has been done.”

Father Jeremy said the church now had to think about how to go about doing the less urgent work identified in the inspection.

It would also be contacting Historic England to check that its assessment was based on the quinquennial inspection carried out last year instead of the previous one in 2013, which he suspected had been used.

Historic England says that Fern House, around the garden of Mapledurham Estate, is roofless and in need of repair while the condition of the gateway and walls “varies”.

The Grade II* listed buildings, which date from the 17th and 18th century, are said to be in a “poor” condition and suffering from “slow decay”.

Historic England adds: “There have been discussions regarding possible appropriate use and repair, including a proposal for reuse with heat provided by bio-mass heating. No works have physically been undertaken.”

Chazey Farm Barn in The Warren, Caversham, is said to be in “very bad” condition.

The red brick building has suffered structural cracking and is at immediate risk of further rapid deterioration or loss of fabric. The gable currently has temporary shoring. The Grade I listed building dates back to at least the 17th century.

Historic England says: “The building forms part of a larger site proposal for a healthcare development. Groundworks for the new development commenced in spring 2010. No repair works to the barn have been undertaken so far.

“Historic England and their structural engineering team have worked with the local planning authority in reviewing the rate of deterioration.

“Discussions with the local planning authority were recommenced in June 2019 regarding Historic England aid for urgent works.”

The gardens at Fawley Court are also listed in the register due to “parkland structures in need of repair and planting which is in need of renewal or removal”.

The Grade I listed riverside mansion off Marlow Road, which dates back to the 1680s, is owned by Iranian-born philanthropist Aida Dellal. It is set within a park dating from the early 18th century and landscaped by Lancelot “Capability” Brown, known as “England’s greatest gardener”.

Mrs Dellal said she had a lot of work done on the parkland and there was no reason for the gardens to be on the register.

A spokeswoman for Historic England said: “[We] acknowledge that the current owner has undertaken a number of restoration projects and some parts of the estate are now in a much better condition than they were.

“The restoration is an ongoing process, and Wycombe Council, Historic England and the owner are involved in continuing discussions about the future of these areas.”

The extensive villa is one of the largest monuments of its type in the Thames Valley.

The partial excavation of the site of the principal house and courtyard has indicated that the villa served as an intensive agricultural production centre possibly regulated by the provincial government. The heritage body says it is vulnerable to ploughing for arable farming.

An Iron Age hill fort at Bozedown Camp, north of Hardwick Road, Whitchurch, is said to have “extensive significant problems”.

Today it is made up of mainly arable fields and Historic England says it is vulnerable to ploughing.

Three cropmarks, an underground archaeological or natural feature visible from high above, also make the register.

One is east of Broadmoor Lane in Sonning, which is said to be “generally satisfactory but with significant localised problems” and vulnerable to ploughing.