Living Advent Calendar off to a record start 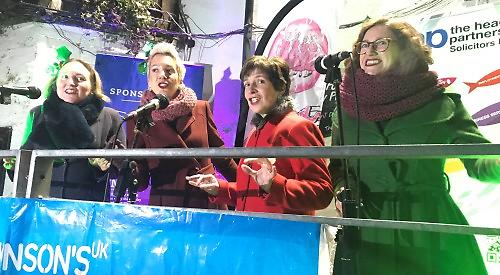 A RECORD £1,235 was raised by the first three nights of this year’s Henley Living Advent Calendar.

Huge crowds attended peformances in Falaise Square, the Angel on the Bridge pub and River & Rowing Museum in Mill Meadows.

More than 200 people attended the opening night on Sunday in front of the town hall, which featured a performance by 60 saxophonists and raised £719 for the Royal British Legion.

The Angel on the Bridge hosted the second evening and raised £381 for Parkinson’s UK.

Tuesday’s event at the museum featured a festive performance by Henley Children’s Theatre and raised £135 for the museum charity.

The total of the first three nights is better than any other year in the nine years of the event.