Fourth house and garden show in 2021 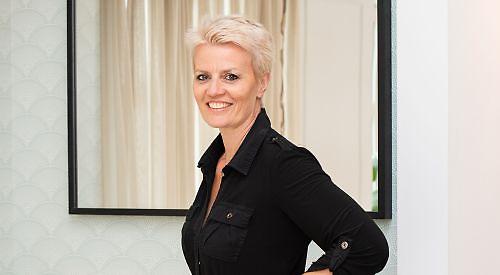 THE fourth Henley House & Garden Show will be held in 2021.

Interior designer Niki Schäfer, who first staged the show in 2015, says she will now hold it every two years because of the amount of time and work it takes.

Mrs Schäfer, of Walton Avenue, Henley, said she was already thinking about the next show, which will be held in late February or early March next year.

She said: “That’s a good time of the year for us before the spring kicks off.
Nobody’s doing anything at that time of year and it’s nice to bring events and fun into Henley at what would otherwise be a grey weekend.

“In terms of a theme, I’m always on the lookout. It will be something of the moment, three months beforehand. We had butterflies and bees last year because they featured quite heavily in fabrics and wallpapers that were fashionable and there was a campaign about butterflies and bees in the garden and their benefit to the environment.”

Mrs Schäfer said that, as in previous years, she planned to use a number of venues, including Falaise Square, the town hall, the 60+ Social Club in Greys Road car park, the Old Fire Station Gallery in Upper Market Place and King’s Arms Barn.

“I’m also really fond of Informality, the new art gallery in Market Place, so I definitely want to do something in collaboration with them,” she said.

She said there would be two people from each field or industry so visitors would have a variety of potential suppliers.

Mrs Schäfer said: “It’s all about inspiration and just being able to come along and touch and feel things. People like to see what they are about to buy.

“I think it’s nice to understand that people are still making things for us and you can buy something which is bespoke or different. Seeking advice can be quite intimidating for people who want to build a house so just being able to talk to a friendly architect who is able to talk through the planning process is really helpful.

“I think no matter what challenges, even with the economy, people still love their homes — they want them to feel cosy and if they can’t afford to move, they want to change their house a little bit.”

Mrs Schäfer, who chairs the Henley Business Partnership, said the show took 400 hours of her own time to plan.

“It’s brilliant, but it’s exhausting,” she said. “I quite want to do something this year where I invite someone else to a place like Greys Court and do something with an artist or sculptor and have an event in between.

“I think we have established a good track record. We have high-end products and an audience of people who are interested.

“I’m just going to take it one step at a time. I’m a creative at heart so it may evolve, it may change, but at the moment it feels good and it feels like it’s still wanted.”

If you are interested in getting involved in the show, email Mrs Schäfer at niki@nsid.co.uk