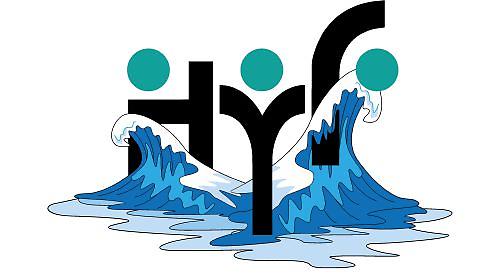 THIS year’s Henley Youth Festival could be the last unless new people can be found to help run it.

Jo Dickson and Kate Swinburne, who co-chair the event, are stepping down after six years, saying it is time for people with fresh ideas to take over.

The festival, which is now in its 27th year, is run by volunteers, mainly parents.

Thousands of young people, aged from four to 18, take part in art, music, performance and sporting activities over several days.

Festival trustee Suzanne Yeates said it would be a shame if the event couldn’t continue.

She said: “Kate and Jo have been talking for over a year about how they wanted to step back and look for successors.

“We have been in this position three or four times before but the reality is that people don’t often come forward until there is a gap that needs filling and that’s when people say ‘oh my goodness’ and come in.

“When I joined the festival I had young children who are now in their thirties — my grandchildren will be doing it soon — and that has always been the lovely thing.

“You usually have people coming through but at the moment we don’t.

“It would be helpful if they had an understanding of the festival or some loose connection either now or over the years but you can pick up the job as you go.

“They will have the support of the steering committee and the heads of the different sections of the arts, who are very strong.

“It is quite nice to share the role as it makes it easier because there is a lot of administrative work.”

She said the festival was a celebration of the youth in Henley and offered opportunities for children they might not get otherwise.

“It is a nice way for them to get involved not just on stage but also back stage,” said Mrs Yeates. “My son went into acting and drama and now is a director in TV and my daughter also works in TV.”

Mrs Dickson, an environmental consultant, said: “It has been great to work with a great group of volunteers and give something back to the community.

“It is such a rewarding role, especially when you are sitting at the theatre watching the children perform on stage, sometimes for the first time, or at a school workshop and seeing faces of the children.

“The festival is unique and really does offer the young people of Henley, including those of secondary age, to get involved and take part in activities they may not otherwise get the opportunity to do.

“This is particularly the case with cuts in school funding.”

Mrs Dickson, who lives in Greys Hill, Henley, with husband Tim, a fund manager at Invesco, and their two children Martha, 12, Ella, 14, said sharing the leadership role had worked well. She said: “It is nice to have someone to bounce ideas off and discuss things with and it means that if one of you is busy with work the other can probably deal with the query instead. It is a team effort.”

The duo joined the festival in 2011 and helped organise the Junior Proms event at the festival the following year.

They were then invited on to the organising committee before being asked to become co-chairs by the outgoing chairwoman Lucie Henwood, who is now a trustee.

Mrs Dickson said: “We really enjoy working together and with the team and could see the value that it gives to the children, the schools and the local community.

“The chair role involves one to two hours a week between September and March, with very little over the summer. Planning starts in earnest in September.

Mrs Swinburne, of Valley Road, Henley, who runs a classical music festival in Oxford, said: “It is time for me to step away. I just need to spend more time with my family as my children are getting older.

“I also think the youth festival does best with people coming in and changing things and having fresh ideas.”

Mrs Swinburne, who lives with husband Matt, who works in financial services, and their children Louis, 14, and Olivia, 16, said: “It would be a real shame if it were to go.

“The festival involves everybody — you don’t need to be of a particular standard and there are so many different events. Whatever their talent, there is something for them.”

This year’s festival, which will take place from March 7 to 15, was launched at the d:two centre in Henley on Wednesday evening.

The theme of the event is Oceans, which was inspired by David Attenborough’s Blue Planet television series and the effect of plastics on marine life.

The festival will include a run, sponsored by the Henley Standard, gig night and junior proms at Rupert House School. Performance events will take place at the Kenton Theatre in New Street

If you are interested in the chair role, email www.hyfinfo@gmail.com