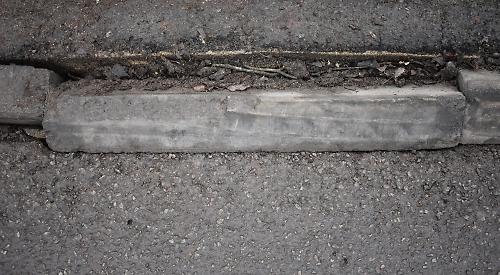 THE Mayor of Henley and his deputy have called on people to stop driving on grass verges and pavements in the town.

Ken Arlett and David Eggleton say the damage it causes creates a bad impression for visitors and costs taxpayers money in repairs undertaken by Oxfordshire County Council, the highways authority.

It is illegal to drive on or over a pavement except to gain lawful access to property or in the event of an emergency.

The Mayor said drivers regularly parked on verges in Fair Mile and elsewhere, causing damage. But the town council was unable to act unless it was given enforcement powers so it could employ traffic wardens to issue parking tickets instead of the police.

“We can do absolutely nothing,” said Councillor Arlett. “The ones that can do something about it are the police but unfortunately they say they haven’t got the time to do it.

“I’ve had meetings with the police community support officers and they say they have more urgent things to do than ticketing cars.

“I would like the police to go along the Fair Mile and ticket every car that has gone over the verge. Maybe we could charge the owners an amount of money to put the verge back in the correct state.”

Councillor Eggleton said there were about 20 broken kerbstones in Elizabeth Road, near the junction at Greys Road.

He said parts of the pavement there were also sinking because lorries had driven over them and the gullies in the road were filled with silt, so there was flooding after heavy rain. He suggested raising the pavements or installing bollards to prevent drivers going over them.

Cllr Eggleton said: “We need to stop people driving on the pavements. About three people have come to me because they’re fed up with it. They can’t see anything being done about it.

“I understand lorry drivers have to get to jobs but I don’t understand why they have to drive on pavements. Each time it happens the electricity cables and piping beneath the pavements are pushed down. That’s why the pipes fracture.

“Highways should not have to repair pavements because lots of lorries have driven over them.”

“If an elderly person or anyone crossing the road stepped on one they would just trip over it,” he said. “I would not be surprised if someone has already done it. I know things are tight but what price do we put on people’s safety? To me it’s first and foremost.”

Cllr Arlett said there was a problem in Elizabeth Road with workers parking there.

“The more they drive on the pavements or the grass verges, the more they are damaged,” he said. “Would you wish that to happen outside your house? It’s going to cost someone money to refurbish all that. This is why our council tax keeps going up. The people that damage it should pay to have it repaired.”

A county council spokesman said: “Our inspector has inspected the site and, at the time of the visit, the kerbstones required repair but did not present a safety hazard.

“Non-urgent repair work was ordered but we will visit again shortly to check the current condition of the stones.

“In the next financial year we are planning to resurface the section of Elizabeth Road from Valley Road to Greys Road and hopefully residents will be pleased with the results.”

A Thames Valley Police spokesman said: “The force receives more than one million calls a year and has to prioritise these incidents based on the threat, risk and harm to the public. Of these calls, 15,000 are related to parking but 60 per cent are not matters for the police. Parking enforcement in Henley continues to be the responsibility of police. It should be reported to police when a vehicle is parked dangerously, on zig-zag lines or a pedestrian crossing, or in a way that would prevent emergency vehicles from access.

“It should be reported to your local council when a vehicle is parked opposite or within 10m of a junction, over a dropped kerb, in spaces reserved for blue badge holders, residents or motorbikes, in marked taxi bays, cycle lanes or red lines, near a school entrance, bus or tram stop, or on double yellow lines.

“If the parking does not fall within these parameters, then it is classed as inconsiderate and is a civil matter and it is for you to arrange with neighbours or your management company or, failing that, speak to your local council.

“If a vehicle is parked on the kerb, these incidents are dealt with on a case-by- case basis. On some streets, parking on the kerb is unavoidable so neither the police nor the council would intervene. In some cases, parking on the kerb could restrict access for those who are vulnerable or who have disabilities so we would attend. If a polite word with the driver does not resolve the situation, you may wish to seek advice from Citizens Advice or a solicitor.”