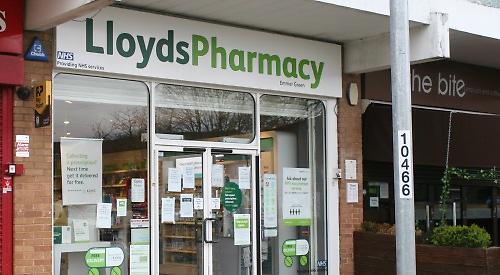 CUSTOMERS faced queues of more than four hours to pick up their prescriptions from a chemists’ shop.

Lloyds Pharmacy, off Peppard Road, Emmer Green, was only allowing two customers at a time inside the store to prevent the spread of coronavirus.

Each person had to wait up to 15 minutes to be served because the branch was short staffed and the remaining team were behind on making up prescriptions.

The shop now also closes at lunchtimes to give staff a break from the increased workload, which compounded the delay.

Peter Anderson, who lives in Caversham Park Village with his mother Sheila, 85, was picking up her monthly prescription as she has dementia and he has been her carer since about 2015. He dropped it off on March 16 and returned at midday on Monday last week to pick it up. He still hadn’t been served when the chemist shut for lunch so decided to try again the following day.

Mr Anderson, 59, a freelance journalist, returned at 10.30am the next day when about 20 people were queuing in front of him. He wasn’t seen until 3pm and says he lost work as a result.

He was served as soon as he went in because he had handed in the prescription more than a week earlier and it had already been made up. Mr Anderson says staff should have taken people’s names in the queue and served them sooner where possible.

He said: “I’ve always been meticulously organised and put Mum’s prescriptions in well ahead of time.

“Other people in the queue didn’t believe me when I said I’d only be a few minutes and were shocked when I came out so quickly.

“I literally walked in, gave Mum’s name and came out again. It was that straightforward but it would have been more of a lottery if I’d handed the prescription in a few days later.

“People were being very orderly despite their frustration and everyone was standing the correct distance apart. The weather was nice and we were joking that we might get sunburn but wouldn’t be able to get into Lloyd’s for some cream.

“The manager came out at lunchtime and apologised, saying they were behind on making things up because they didn’t have enough staff.

“Given the national situation, I think we took it with more resignation than anger.

“When I left at 3pm the queue was still stretching as far back as I could see. Some people definitely weren’t going to be served before it shut so they should have been told and not allowed to wait pointlessly.

“I’ve potentially lost earnings from the experience and I’m having to work hard to make up the lost time.”

Lloyds says it is doing all it can to minimise disruption, including shutting shops to the public for an hour or more a day to help staff catch up.

Existing customers are encouraged to use its Echo delivery app, although this is not accepting new sign-ups due to high demand.

The firm says it has avoided shortages by rationing purchases and encouraging people to only buy items when they need them.