Rewind Festival put on hold due to coronavirus 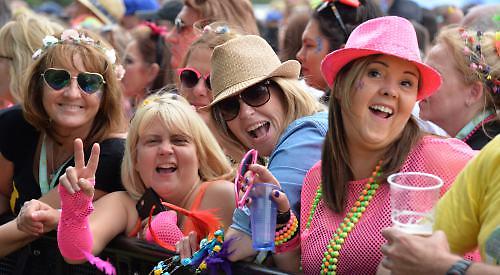 THIS year's Rewind Festival in Henley has been postponed until next year because of the coronavirus outbreak.

Organisers of the Eighties-themed event, which was due to be held on Temple Island Meadows between August 14 and 16, say they have told the artists who were due to perform and all agencies which were selling tickets.

They will instead hold it at the venue near Remenham between August 20 and 22 next summer. Existing admission tickets and related facilities such as parking, glamping, boat moorings and VIP areas will all be carried over.

The festival, now in its 12th year, was due to feature the Rewind debut of Scottish pop stars Wet Wet plus a headline performance on the Saturday night by singer Jimmy Somerville and his Big Band-Tastic Boogie.

It was set to open with a Queen tribute show to celebrate the 50th anniversary of the band's formation.

A Rewind spokesman said: “We are saddened to announced that Rewind will no longer take place this year.

“The health and safety of all Rewinders, the artists, staff and community will always be our top priority and it became clear that rescheduling the festivals was unavoidable.

“We are working closely with our ticketing partners and they will be in touch with you very soon by email. Please only contact them if you have not been contacted after seven working days as they are very busy.

“We look forward to seeing you all in 2021. For now stay safe, stay home and look after each other.”