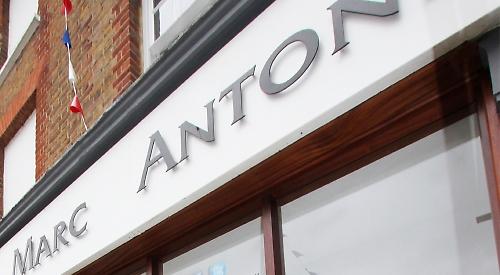 A CHAIN of hairdressers says it could fold after it was refused a £500,000 insurance claim to help cover its costs during the coronavirus crisis.

Marc Antoni has five branches, including one in Henley and another in Caversham, and claimed £100,000 for each of these.

However, it was told by its insuraer Hiscox that it wasn’t covered.

This was despite part of its business interruption cover stating: “We will insure for your financial loss resulting from an interruption to your activities caused by your inability to use the insured premises due to restrictions imposed by a public authority during the period of insurance following an occurrence of any human infectious or human contagion disease, an outbreak of which must be notified to the local authority.”

Marc Antoni, a family business which has been running for more than 50 years, is not the only business to suffer and a national campaign group has been formed to force the insurer to settle business interruption claims.

The Hiscox Action Group and the Night Time Industries Association – the UK’s two biggest Hiscox policy holder action groups – have formed an alliance demanding it pays out quickly and in full.

Marc Antoni has furlouged its staff, who number about 60, but the six company directors will not receive any money as they are paid by dividend.

The business has now applied for a bank loan of £300,000 to try to avoid any closures.

Director Julie Giamattei said: “Hopefully the loan will come through quite quickly. It is a massive worry because we are taking on all this debt as a family-run business.

“If the loan is refused we wouldn’t be able to continue to trade. It is a last resort.

“If Hiscox had paid out then the loan would not have been as urgent. I have been pushing for this insurance claim since March.”

She has written to Maidenhead MP Theresa May, MP and Reading East MP Matt Rodda asking for their support.

The letter says: “We have applied for the grants, the rates relief for all five of our salons, and have been told to apply for a £300,000 loan in order to pay all our running costs, rent, rates etc.

“I have written to all our landlords and a couple have come back to me and said we have to pay a service charge and we can pay the rent monthly.

“This is not good if we have no money coming in. Our only hope of help was our insurance company. I spoke with Hiscox, who informed me of their decision that we will not be covered, even though our policy clearly states human disease.”

Hair salons have been advised that they will be among the last businesses to be allowed to re-open as the lockdown measures are gradually eased.

Mrs Giamattei, who lives in Woodley, said the extra steps the salons will have to take to protect customers will cost more money and so they could be forced to increase their prices.

“We are now going to have extra costs and when we go back we will all have to wear PPE and have a gown for each client and this is when the NHS staff can’t get the resources they need and they are the priority.”

In a letter rejecting the claim, Hiscox said: “We understand the unprecedented challenges facing your business, indeed every business, as a result of the actions the Government is taking to reduce the spread of coronavirus.

“At Hiscox, we strive to pay claims that are covered by the policies we issue fairly and quickly.

“Unfortunately, the loss for which you have claimed is not covered by your Hiscox policy. We understand this will be disappointing for you, so we want to explain it clearly.

“Your business interruption cover is provided as part of your property insurance.

“The coronavirus pandemic itself and the different government measures taken to mitigate its impact do not involve insured damage to the property that is covered under the policy.

“The Government understands that many businesses do not have cover for this type of event and as a result it has announced extensive help and support for businesses which are facing a difficult situation.”

Mr Rodda, a Labour MP, said: “Small businesses are under huge pressure because of the coronavirus pandemic and some are at risk of going out of business.

“I am calling for urgent help and I believe more needs to be done to help them and their employees.

“I would hope that insurers would understand and try to support their customers at this difficult time and I am asking for Hiscox to rethink their approach.”

Henley MP Howell said: “The Association of British Insurers can double-check the contract to see whether Hiscox is right.”

He said the other issue was what help could be given to directors of companies that take all or the majority of their income from dividends and are not covered by the main assistance the Government was providing for the self-employed.

“I understand that Her Majesty’s Revenue and Customs cannot at present distinguish between the dividends a self-employed person takes from their company and the dividends that others receive from stocks and shares,” he said.

Marc Antoni was started byMrs Giamattei father-in-law, Bruno. His four sons have been running the business for nearly 40 years and many other family members now work for it

The Henley branch in Hart Street was opened in 1984 after it was purchased by Bruno Giamattei snr, who put his son Bruno in charge. The other salons are in Bracknell, Fleet and Woodley.