Volunteers look after 300 homes on estate... and keep residents amused 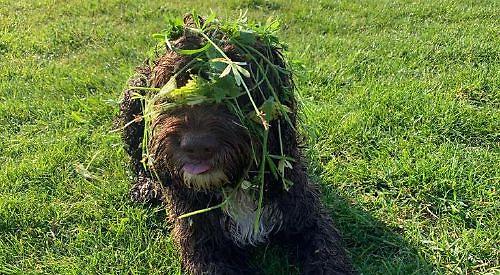 THE Wootton Manor coronavirus support group in Henley is offering help to 300 households on the estate, writes Axel Fithen.

It is led by Neil Gunnell, who is part of the area’s existing neighbourhood watch group, and covers eight streets from Manor Road to the end of Makins.

It has about 30 volunteers who shop for people who are self-isolating and collect prescriptions.

Mr Gunnell, 61, who is retired and lives in Blandy Road with his wife Jo, said: “We try to make sure that each volunteer is in touch with their neighbours. Most times when I go into town I am shopping for four or five people.”

He is also writing a daily information newsletter which he emails to 200 households in the area that have opted to receive it.

Mr Gunnell said: “It has an element of updates from the council and the police as well as NHS updates. We share anything.

“We’re also trying to bring good cheer in from the outside.

“Quite a few members are sending photographs of their pets. We’ve had cats, rabbits, guinea pigs — people like it. It’s just lovely, personal stuff.” Mr Gunnell included a picture of his son’s dog Roger, a brown sproodle.

“I’m doing it just because I care about people and I think it’s good to keep a connection as that’s what community is all about,” he said. “It’s about watching out for each other.

“I’ve has some lovely messages back. It’s almost as if I have become a penfriend to some of them. They say it’s ‘so kind’ and really appreciate what we’re doing.”