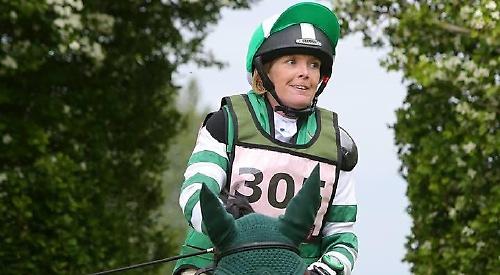 A WOMAN who was seriously hurt in a riding accident was due to be revived from an induced coma today (Friday).

Anna Tomson was crushed beneath her horse Berry when she was spooked by off-road motorcyclists while riding along a bridleway near Goring Heath on May 17.

The 41-year-old, of Upper Woodcote Road, Caversham, was treated at the scene at College Woods, off Deadman’s Lane, for four hours before being driven to the John Radcliffe Hospital in Oxford, where she underwent two rounds of surgery and then was heavily sedated to improve her chances of recovery.

She was due to be brought round but doctors had to operate a third time when they discovered her injuries were worse than they had initially feared. The surgery was successful and it was hoped to wake her up today.

Miss Tomson’s friend Sarah Peters, who runs Cane End Livery where Berry is stabled, has launched a £30,000 fundraising appeal which has so far raised almost £11,000.

The proceeds will pay for Berry’s upkeep and Miss Tomson’s living costs as well as any treatment not covered by the NHS, such as physiotherapy.

Miss Peters said: “Anna will be off work for quite a long time and I would like her to be able to get through at least the first four to six months without worrying about money on top of everything else. It’s looking positive in the long run and she’s holding steady.

“People have shown such incredible generosity and kindness — we’re lucky to have such an amazing community around us. I think everyone in our circle is looking at what happened and realising it could have been them.

“We’ve even had donations from people who don’t know Anna but wanted to help after reading her story. It has gone viral so at least it has raised awareness that people on motorbikes should ride responsibly around horses.

“They weigh half a ton and they’re creatures of instinct so they’ll run off if they’re confronted with anything that looks like a threat and they could just as easily kick or fall on a motorcyclist.”

Miss Peters now asks all riders leaving her stable to broadcast their location live using WhatsApp. She encourages them to use What3Words, an app which translates people’s map grid reference into a memorable phrase so emergency services can find them.

This is because she initially struggled to reach her friend when she called for help and she would have been lying injured for longer had two walkers not come across her.

Angela Romero, who is among the donors, said: “This truly made my blood run cold - last summer [my horse] tripped and fell on me and to think this has happened because of other people’s actions is just dreadful.”

To make a donation, visit https://bit.ly/3ehw2Ca

Two men, both 22, one from Earley and another from Woodley, were arrested in connection with the incident.