Head not surprised by U-turn on return of more pupils 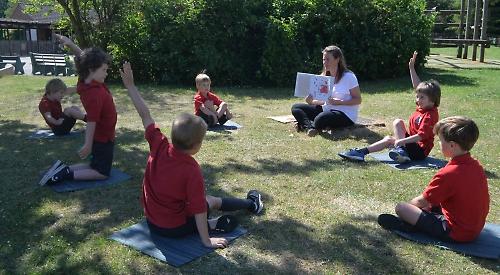 THE headteacher of Watlington Primary School says she is not surprised the Government’s plan for all primary school years to go back to school before the end of term has been scrapped.

Yvonne Hammerton-Jackson said she would love to have the children back in school before the summer break but realised the difficulties. She hopes to provide at least a week’s worth of school for each year group before the Love Lane school breaks up on July 17 as long as it is safe and practical.

Watlington welcomed back 35 children from reception, year 1 and year 6 last week and another six when its nursery re-opened this week. It also has vulnerable pupils or children of key workers in school, bringing the total to almost 50 attending each day.

At the moment each class is split in half so one group can attend school on Mondays and Tuesdays and the other on Wednesdays and Thursdays.

The Government wanted all primary pupils to spend four weeks in school before the summer break but now accepts that is not practical.

Mrs Hammerton-Jackson said: “Reading between the lines, they will still urge us to get as many in as possible but they recognise it will be decisions made by headteachers and governing bodies to get these children in where possible and safe.

“At the moment we have just added more vulnerable children into the provision that’s already there for key workers and we have had this ‘bubble’ added for nursery.

“The children love being back. In early years the youngsters find it difficult in terms of social distancing. Nursery children find it almost impossible but they just enjoy the interaction.

“It’s not full proof and I’ve been really honest with parents.” At Benson Primary School children in reception, years 1 and 6 have returned.

The school says it is committed to doing the best job it can and looking after the children while they are in school.

Staff have been encouraging the children to wash their hands regularly and to follow social distancing guidelines.

There is optional PPE available for the staff and if parents choose to send their child to school with a mask they should have enough to change it frequently throughout the day.