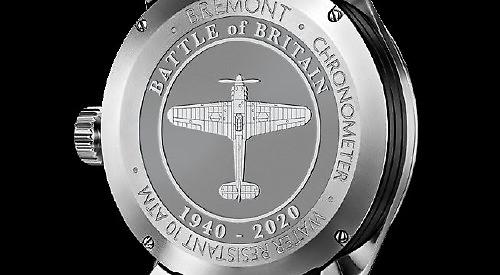 A LUXURY watchmaker in Henley has produced a special box set of two watches to mark the 80th anniversary of the Battle of Britain.

Bremont, which is based at Sawmills in Marlow Road, has created the timepieces inspired by the Spitfire and Hawker Hurricane fighter planes, which successfully defended the UK from sustained attacks by the German Luftwaffe in 1940.

Only 80 sets of the watches are being produced, priced at £14,995 each. Included with each box set is an opportunity for the buyer to fly in a Spitfire which fought in the battle.

Bremont co-founder Nick English, who started the company in 2002 with his brother Giles, said: “So much of our lives has revolved around wartime aviation and mechanical devices. The Battle of Britain was such an iconic time in British history and all the airmen from both sides were superheroes of the day — and still are in Giles’ and my households.

“It is the epic story of man and machine, the wonderful celebration of gallantry twinned with technological advance.

“We have come up with a beautifully engineered set of timepieces commemorating the battle and the opportunity to experience the adrenaline and history of flying in a wartime Spitfire. It’s all rather special.”

The dial design of the Spitfire watch is inspired by the Smiths clocks found in the planes that flew during the battle. It has a closed case back featuring a stamped top profile of the Supermarine Spitfire, the most widely produced and strategically important British single-seat fighter of the Second World War.

The Hurricane  watch also takes its design cues from the clocks in the aircraft and also has a stamped profile of the plane.