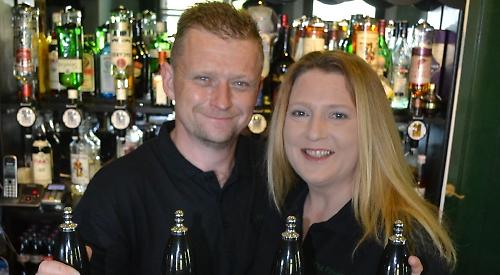 A PUB in Shiplake could be partially turned into new homes.

Plans have been drawn up to convert the first floor and roof space of the Plowden Arms in Reading Road into two flats and the rear wing into two houses.

Another two properties would be built within the pub garden fronting Reading Road and two more in the car park fronting Plough Lane.

The pub, which closed 18 months ago and was previously for sale, would continue trading using the ground floor.

Shiplake Parish Council and some villagers have objected to the planning application made by Heritage England, which has a registered address in Chinnor.

The company says the “diversification” of the site would preserve the pub.

It says: “The applicant has given careful consideration to the retention of the community use within the host building and the effect of the covid-19 pandemic on the viability of the larger public house.

“Having regard to previous attempts to sell the business as a going concern, the applicant has come to the conclusion that the most effective way to preserve the public house use is to diversify the site and support the use of the building with the creation of a mix of family housing.

“This proposed development seeks the provision of housing surrounding the Plowden Arms and within the existing building in order to support the continued use of the property as a public house, which is an important community facility.

“The amount of development fits well within the site and provides for eight quality new homes that meet and exceed modern standards of living and facilitate the retention of a public house on the site.”

The pub would retain some of the garden and there would be parking space for 10 cars with residents being given priority use.

The parish council has recommended the application is rejected.

Chairman Fred Maroudas said the pub was an important asset for the village and was viable as a business. He added: “The parish council and residents are strongly opposed to this.”

David Mole, of Plough Lane, said the scheme would adversely affect the site and the character of the village and constituted “significant overdevelopment”.

With limited or no parking and so little garden space, the business would no longer be viable.

“Plough Lane is a major bus route from Reading to High Wycombe via Binfield Heath and Dunsden. Buses are approximately every 30 minutes and frequently pass one another at the bus stops located next to the entrance to the Plowden Arms car park.

“Visitors to the public house with cars parked in Plough Lane will create chaos every time the buses pass one another. In addition, Plough Lane is regularly used by heavy goods vehicles carrying machinery to businesses located in Kiln Lane.”

He added: “There has been interest from local businesses in purchasing the Plowden Arms for use as a traditional country public house/community shop, which would benefit the local community and passing trade.” Keith Pruden, also of Plough Lane, said: “Attempting to squeeze in so many dwellings while suggesting that the public house can remain as a viable business feels to me like covid-19-driven opportunism.

“Prior to the lockdown there was reputedly strong interest in purchasing the Plowden Arms in its entirety by a very successful local restaurant owner.

“To my mind, consuming the gardens with houses will condemn the Plowden Arms to failure and ultimate demise with any future buyer seeing that the business cannot be made viable within such a small area.”

Eryl Price-Davies, of Plowden Way, said: “We want our pub back, not a housing development with a small bar that is designed to fail.”

The couple, who lived on the premises, moved from Lower Earley with their St Bernard dog Barney, saying they had fallen in love with the pub. No reason was given for the pub’s closure.

The pub was being marketed by agent Sidney Phillips, of Hereford, and had an asking price of £450,000. It is now said to be “under offer”.

South Oxfordshire District Council, the planning authority, is due to make a decision by July 10.