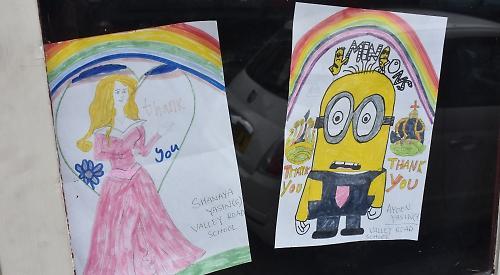 THE Kenton Theatre in Henley is to launch a £35,000 fundraising drive to safeguard its future.

The New Street venue, which closed in March because of the coronavirus pandemic, wants to ensure future generations can enjoy shows at the fourth oldest working theatre in the country.

It plans to launch the campaign over the summer and the money will be used to replenish its savings and to prepare the theatre for re-opening. It is not yet known when this will happen because the cost of staging productions, coupled with reduced audience numbers because of social distancing guidelines, would make it prohibitive.

The theatre has already received a £35,000 grant from the Arts Council of England, supported by the National Lottery, but the trustees say more is needed.

Julie Huntington, one of the trustees, said: “We’re looking to engage the public and the community at large to try to get behind the theatre. What we’re hoping to do is to match the Arts Council grant

“The theatre’s a grand old lady and she needs constant attention. The original management committee fought so hard to buy the freehold with the Kenton for Keeps campaign and we really want to make sure the Kenton is for keeps. She’s an amazing theatre and this town should be really proud to have it.

“It has been very carefully looked after by the volunteers who are giving masses of time just to keep things on the right track.”

Mrs Huntington said that careful management throughout the last few years had ensured that the theatre had reserves. These had been earmarked for the replacement of the stage and for work to the fabric of the building.

She added: “We’re keeping it going but there’s only so much we can do with the money we have got and we really have to keep building on that because we have got no income at the moment.

“Even though they are saying theatres can open, there’s nothing we can do because it’s all live performances.

“We have 240 seats and we need at least 60 per cent sold to cover costs and make a profit to keep going forward.”

With social distancing guidelines, even at 1m, this would only allow the theatre to be 30 per cent full and it would be losing money on every production.

The theatre made one of the largest losses in its history in the last financial year after recording a loss of £21,298 in the 12 months to August 31, 2019. This compared with a surplus of £8,172 in the previous year.

The trustees say there were two main elements of the deficit. The first was a high depreciation charge representing an increase of £17,123 on the previous year, in part due to a one-off prior year non-cash adjustment, reflecting essential building work and renovation undertaken at the end of the financial year.

The second was investment in a more varied programme.

In a letter to this week’s Henley Standard, they say: “This is part of a long-term strategy to broaden the Kenton’s appeal and encourage new audiences, which takes time to build up. It was continuing into the current year until lockdown forced closure.

“In the case of the Kenton, tight financial control is helping considerably to reduce running costs during this dark period.

“Nevertheless, in common with all theatres, we must look at new ways of fundraising so that the Kenton can begin a new season with confidence. Eager, well-equipped and safe to welcome audiences once again.”

The theatre has been running a themed monthly competition for children to brighten up its exterior with colourful pictures and these have been show in its six display boards at the front of the building.

There were almost 30 submitted last month and the winner will be announced this week. They will have their design reproduced on the hanging boards above the theatre’s canopy for the whole of this month.