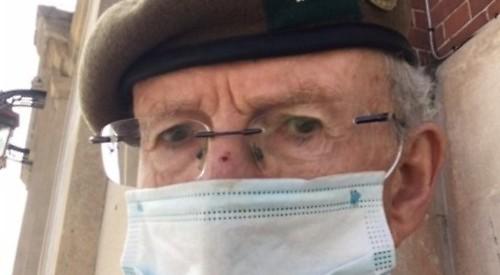 MORE than £100 was raised for the Poppy Appeal by the chairman of the Henley and Peppard branch of the Royal British Legion.

John Green had a stall outside Henley town hall on Saturday for Armed Forces Day and raised £108. Each year, the Henley Army Cadet Force performs street collections in the area in aid of the Royal British Legion.  Last year the cadets raised £1,200.

The day gives the public a chance to show their support for the men and women in the armed forces, from serving soldiers to veterans and other supporting members.

Mr Green, who collected in the rain and wind, said: “Financial support needed to help those who have served in the service of our country, and their families, and suffered mentally and physically is greater than ever.

“No doubt the good people of Henley will rise to the challenge during this year’s Poppy Appeal campaign.”