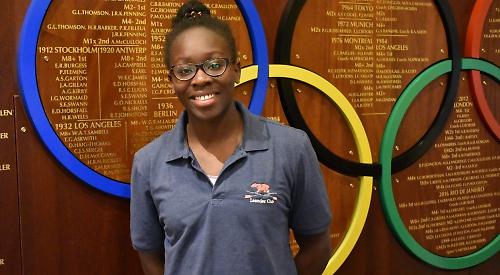 ATHLETES and their clubs are still coming to terms with the impact of coronavirus on the rowing season.

All rowing was stopped in March when the Government introduced lockdown restrictions in a bid to stop of the spread of covid-19.

This led to widespread cancellations of events, including Henley Royal Regatta, which was due to start on Wednesday.

Ed Roy, 18, has competed in the Fawley Challenge Cup for Henley Rowing Club twice and was a losing finalist last year.

He had hoped to go one better this time, particularly as it is his last year racing as a junior.

Roy, who lives in Shiplake, said: “Like every year, we had been training very hard and we were getting strong and getting the rhythm.

“We were going to the Schools’ Head of the River race but when that got cancelled we still had hopes for the rest of the summer but when Henley was cancelled, that was the worst, the hardest to take. Henley Royal Regatta was the end goal for me.

“I have appeared twice in the Fawley Cup and we lost in the final last year and I felt that this year was my best chance at winning, which is my last year as a junior, and it would have been wonderful for me and my family.”

Roy has been training at home using weights loaned to him from the club and on an ergo set up in his garage. He is set to study at Yale University from September.

He said: “I wanted to go to America because of the coaching and also the support they give to athletes. There are also a lot of British rowers out there so it will be like a home away from home.”

Roy added: “The next step for me would be to race at under-23 level for Great Britain and at Yale there will be the opportunity for me to do it if I am good enough.”

Mary Wright, 20, had joined Leander Club in September and had high expectations for this summer’s competitions.

She said: “Our aim was to race at Henley Women’s and at Henley Royal Regatta. It was a really good opportunity to do well because there were no Olympic crews because they would be training for the Games in Tokyo.

“When Henley was cancelled it didn’t hit me straight away and took a long time to sink in. It was just really sad.”

Wright, 20, who lives in New Street, previously rowed at Henley Rowing Club, and moved to the town from Birmingham to pursue a rowing career.

She said: “I started rowing when I was 12 just after the Olympics and when I was 15 I said to my mum that I wanted to row at the best place and Henley Rowing Club was the best.

“I pretty much home schooled myself in my GCSE year before moving in with a host family and doing my A-Levels at The Henley College so I could stay here and row more.

“After I finished junior rowing I got a scholarship to a university in Virginia but I came back because it wasn’t for me and started at Leander to rediscover my love for rowing because that disappeared a bit.

“When I started the full programme I began to do lots of personal bests with massive improvements in all my tests throughout the year and was hoping to do well at Henley.”

Seun Olubodun, 25, who also started at Leander in September, was looking forward to competing at the royal regatta.

She said: “I had finished university and this was the year I wanted to compete at Henley with a new club and it was all very new and exciting. I had done the slog of training and just as we were getting into the summer racing season and the fun part we go into lockdown.

“I was part of the club eight project and there would have been a chance of getting through to a final but that has been scuppered by the virus. I was upset and devastated.

“Racing at Henley is the epitome of the racing season. There is no other racing event in the rowing calendar that mirrors or matches the regatta. Family and friends can all come to watch and the regatta itself speaks of tradition and makes you want to go back year after year.”

Olubodun, who lives in Henley but is originally from Kent, is currently working as a junior doctor at the Royal Berkshire Hospital in Reading to help with the covid-19 crisis.

She added: “I feel privileged to be able to help at this time. It has been good for me to step back and get out on to the wards and try and do what I can. Going to the Olympics is a dream but certainly working in medicine is the end goal.”

Iwan Hadfield, 18, of Upton Close, Henley, was due to race in a four or an eight at Henley for Leander, which he joined in September.

He said: “Henley is the pinnacle of rowing in Britain. It is an amazing regatta, you are so close to the crowds, who are your friends and family and others who are there to cheer their clubs on.”

The Welshman, who won a bronze medal in the eight at last year’s Junior World Championships has competed at Henley twice for Monmouth School in 2017/18 but was knocked out before the weekend both times.

Hadfield, who has been isolating in Cardiff with his family, and has coached at Shiplake College and Henley Rowing Club, said: “I think any sort of race at Henley, and it doesn’t matter who you are racing for, is a massive privilege and a massive honour to be a part of and while it is sad that it is not
happening this year I hope to come back again. It is such a special experience.”

Justin Sutherland, who chairs Upper Thames Rowing Club, says his squads are currently something of an “unknown quantity” and so the time out may benefit them in the long term.

He explained: “The club is currently in a building phase in terms of the squads, even with those who have athletes who have won at Henley on a number of occasions.

“We are a bit of an unknown quantity and we do not yet know whether we are at that level but, that said, our people have been training hard during lockdown.

“In one or two cases there are people who have been away from rowing for a couple of years and so a year of training without racing might not be so bad. They could perform at the required level to win next year. “

Helen Turnell, who chairs Henley Rowing Club, said it was “heart-breaking” not to see its juniors on the water this summer.

She said: “We have struggled to be on the water at all this year what with the flooding at the start of the year and then the lockdown.

“We are mainly a club for juniors and it is heart-breaking for us not to see them out on the water, particularly those in their 18th year and have been with us throughout their junior career.

“Henley Women’s Regatta and Henley Royal Regatta is the pinnacle for them and missing out has been hard on their mental and physical wellbeing so we have focused really hard on keeping them engaged.

“They will never have this chance again to race in the junior events and that is tragic, although they might compete at the royal again with a club or a university.”

Mrs Turnell added: “We were hoping that the Henley Town and Visitors Regatta might happen but with that being cancelled, too, the loss of the home events is tragic.”