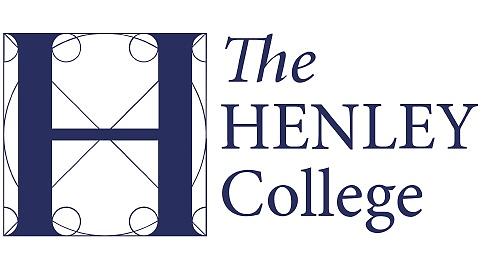 HUNDREDS of new homes could be built on the campuses of The Henley College.

The college had planned to sell the two sites off Deanfield Avenue and Paradise Road for housing and relocate to a single campus elsewhere in the town.

Now it wants to stay where it is and develop part of its existing estate to raise money for refurbishments and new facilities.

The campuses form one of eight sites which have been shortlisted for inclusion in Henley and Harpsden’s updated neighbourhood plan.

According to AECOM, a consultant appointed by Henley Town Council, which is overseeing the process, they could accommodate 339 houses or flats in total but the college hasn’t said how many it would accept.

It says a small amount of “infill” development could go on both with potential for a “larger housing development” at the Rotherfield campus, which occupies the former Rotherfield Court site at the end of Pack and Prime Lane.

The college submitted the land for inclusion in the original neighbourhood plan but it didn’t make the final version.

The document, which named 11 sites for about 500 new homes, passed a referendum in 2016 but is now being revised in case of an increase in housing quotas.

In 2014, the college said several developers had offered to build a new campus costing up to £50 million. The preferred option would have taken up about a third of the college’s 3.55-hectare playing field off Tilebarn Close, south of the Rotherfield campus.

It didn’t respond to a recent call by the town council for potential building sites for the revised plan but this week confirmed it had conducted a review which concluded the existing campuses were important to the college’s future and should be invested in.

In recent years, “substantial” refurbishments have been completed at both with further work in the pipeline.

Projects have included the launch of a temporary science, technology, engineering and mathematics centre in a converted classroom. In the longer term, the college wants to build a dedicated STEM centre which could cost between £2 million and £3 million.

A spokeswoman said: “[Our] strategy also sets out a number of potential new-build projects that could be delivered on the site to improve the accessibility of both campuses and provide new learning and social spaces for students.

“All funds that may be able to be raised from a housing development would be reinvested in college facilities.

“We therefore welcome the inclusion of the sites within the plan review and are committed to effective engagement with our neighbours and the wider local community in the event that the site is formally allocated.”

The town council will invite the college to present its plans in more detail. College principal Satwant Deol has said that any development would need to benefit the community.

It previously sold a small parcel of land off Deanfield Avenue to B&M Care, which bought it together with the larger former youth centre site next door for development of a care home.

The second shortlisted site is a six-hectare field to the east of Highlands Lane, which is the entrance road to the Highlands Park housing development off Greys Road in Henley.

Crest Nicholson has almost finished building 163 units at what was previously the Highlands Farm industrial estate and is understood to be proposing a smaller number of additional homes plus commercial or light industrial units.

AECOM says 805 homes could go on the entire Highlands Farm estate, which measures 32 hectares and includes the seven-hectare section already being developed, the field east of Highlands Lane and three undeveloped fields to the south and west.

The last of these have been ruled out because the fields don’t fall within the neighbourhood plan boundary.

Crest Nicholson didn’t respond to requests for comment but the previous landowner Alan Pontin, who still holds a lease on the land outside the development, said he was in talks with the company and more information should be available in about a month.

The third largest site is a two-hectare field at the southern end of the Swiss Farm touring and camping site off Marlow Road in Henley.

AECOM says this could take 73 units but advised against shortlisting it because it isn’t in the town’s built-up area.

It is not known whether owner Joseph Borlase, whose family bought the site from the Fawley Court estate in 1946, put the land forward for development and he did not respond to requests for comment.

The remainder of the site, which mostly comprises caravans and mobile homes, would be unaffected.

The fourth shortlisted site is the former Chilterns End care home at Chilterns End Close, also off Greys Road, which could take 28 homes.

The Orders of St John closed the home in 2016 to move to the 64-bed Chilterns Court care centre beside Townlands Memorial Hospital.

The site is earmarked for 27 units but work hasn’t started because Oxfordshire County Council, which owns the building, was mired in negotiations with the Oxfordshire Care Partnership to surrender the lease.

The deadlock was resolved in September and Councillor Stefan Gawrysiak, who represents Henley at county, district and town level, says he has been pushing for the land to be released.

He says the county council will still pursue 27 homes but could also build an adult care facility of some kind.

The site is also said to be suitable for 60 assisted living flats for the elderly with 10 smaller ordinary homes but this isn’t currently on the table.

Cllr Gawrysiak said: “I’d like to see some enhancements on top of the basic allocation because it’s the perfect site for some extra housing as long as it meets the needs of Henley’s young people. You could have 20 regular homes and then a block of social flats.

“An ‘affordable’ property in Henley is still going to be £250,000 or more and that’s a non-starter for most young people.”

The neighbouring Chiltern Centre for disabled young people has been shortlisted for conversion into three homes.

The charity, which offers respite breaks and other activities, announced plans to find a new home in 2019 after losing the right to look after disabled children because the premises aren’t big enough to separate them from older users.

It has been in talks with Crest Nicholson about moving to a purpose-built facility at Highlands Park but nothing has come of this.

Paul Barrett, chairman of trustees, said: “It’s still more of an aspiration than anything else. We’ve got nothing in the pipeline and haven’t had any talks recently because the coronavirus outbreak has put everything on pause.

“Our discussions with Crest still have validity but the plan will very much depend on the housing market as the country moves beyond this crisis.”

The sixth site is the field to the south-west of Fair Mile, at the northern end of Luker Avenue, which is already earmarked for 60 units and is currently subject to a planning application for 72. AECOM says it could take another 15.

The seventh is the former Wyevale garden centre off the A4155 at Lower Shiplake, which lies in Harpsden parish and could be earmarked for 43 homes.

The final site is a small plot of land at the north-eastern corner of Thames Farm, next door to the garden centre, where landowner Claire Engbers won permission for 95 new homes which are now being built by Taylor Wimpey. The plot isn’t part of that scheme and could take eight homes.

Henley Town Council, which is updating the neighbourhood plan with input from residents and Harpsden parish councillors, says it will only include schemes that meet an identified need for housing.

There’s no guarantee that any of the eight sites will make the cut and others not shortlisted could still be included if they prove suitable. The final decision will be shaped by public consultations and advice from the district council’s planning officers.

The neighbourhood plan will form part of the district council’s local plan, which is set to be updated to cover the period until 2034.

• A photograph in last week’s Henley Standard identified the wrong field at Highlands Park as a candidate for development. The smaller field running along the main road is not owned by Crest Nicholson but by Richard Ovey and has never been on the table. We apologise for the error and any embarrassment caused.