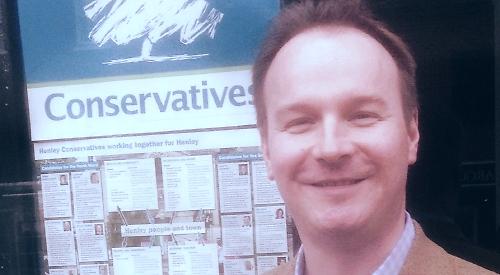 A COMPLAINT made against a Henley town councillor has been thrown out.

Dylan Thomas, of Northfield End, Henley, claimed that Donna Crook broke the councillor code of conduct when she spoke to him in Falaise Square on Thursday, May 7, before the coronavirus lockdown was partially relaxed.

He was taking his daily exercise with his wife Clare, son Archie, seven, and twin daughters Phoebe and Hennie, three, when she approached them.

Mr Thomas claimed she accused him and his family of breaking lockdown rules.

Councillor Crook, a member of the ruling Henley Residents Group, denied any wrongdoing and said she was concerned about public safety.

South Oxfordshire District Council considered the complaint but would not make public the findings of monitoring officer Margaret Reed.

However, the Henley Standard can reveal that Mr Thomas, a former town councillor, has been told his complaint will not be progressed and that it was found to be “politically motivated”.

He said the council had told him that because he was a former councillor and he had told the Henley Standard about the incident, his complaint had been deemed to be “politically motivated”.

Mr Thomas denied this, saying: “Cllr Crook wasn’t on the council when I was a councillor and to my knowledge before this encounter we had never exchanged two words. As far as I’m aware, she has been both a Conservative and a member of HRG and I’m not sure what she is these days but I wouldn’t pretend to know her politics.

“Anyhow, I resigned from the council in order to take a job that required political impartiality in the public sector.”

Cllr Crook said: “I’m happy that common sense has prevailed and the truth has come out and the fact that it was political.

“The fact he went to you with the story did not do him any favours whatsoever. He shouldn’t have done that. It kind of backfired on him.

“I knew I’d done nothing wrong and I was only reiterating the town council’s coronavirus policy to keep people safe at that particular time.

“I’m just glad that I was found to be telling the truth. I’m very happy and I just want to get on with my council duties.”

A spokeswoman for the district council said: “We cannot comment on the outcome, the identity of the complainant or the councillor involved.”

Mr Thomas resigned from the council in 2017 after almost two years of service with the Conservatives.

Cllr Crook was elected under a HRG banner last year after previously serving as a Conservative member before quitting the party and sitting as an independent.